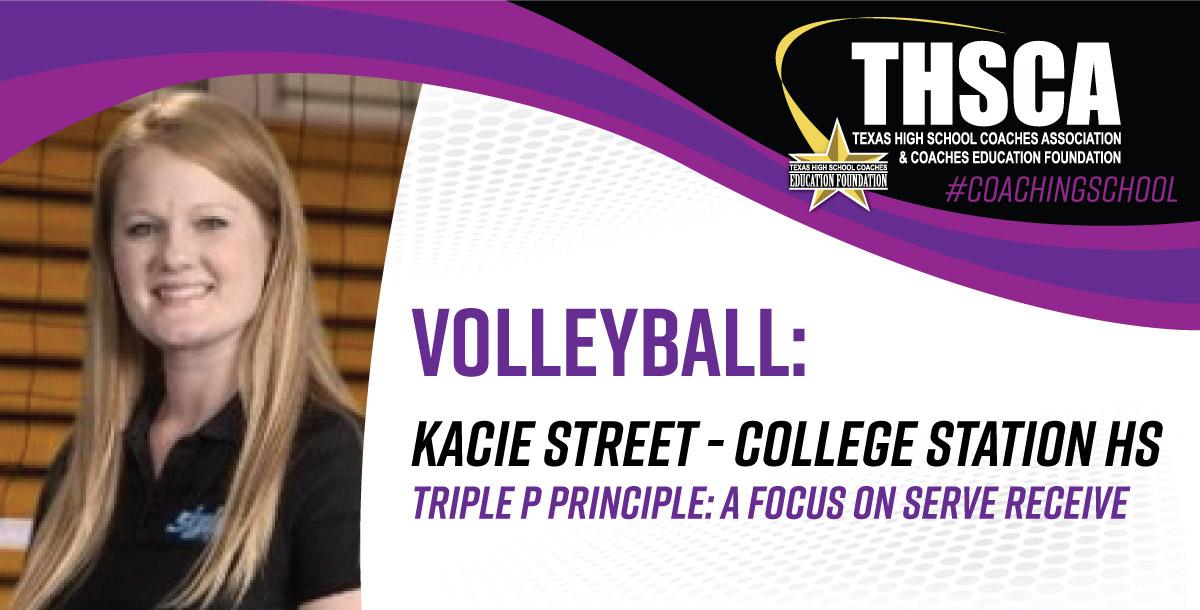 Coach Street is the current head volleyball coach at College Station High School and is entering her fourth season as the head coach. In the past three years she has led the Cougars to three playoff appearances: Bi-District Finalists in 2018, Regional Quarter Finalists in 2019, and Regional Finalists in 2020. She was named Coach of the Year for District 19-5A in 2019 and Coach of the Year in 2020 by the Greater Houston Volleyball Coaches Association. Prior to coaching at CSHS, she was an Assistant Director for Houston Skyline Juniors. Her responsibilities included coaching, administrative duties, gym/tournament management, coach development, and youth development. During her tenure at Skyline she qualified teams for the Girls Junior National Championships every year from 2014 - 2019. Two of the years she medaled at Nationals earning a first and third place finish. Prior to directing, she coached at Skyline beginning with its founding season in 2010 and coached at a junior high in Katy ISD from 2008 - 2013. Kacie graduated from Texas A&M in 2007 majoring in Kinesiology and later earned her Master’s in Sport Management from A&M in 2016.