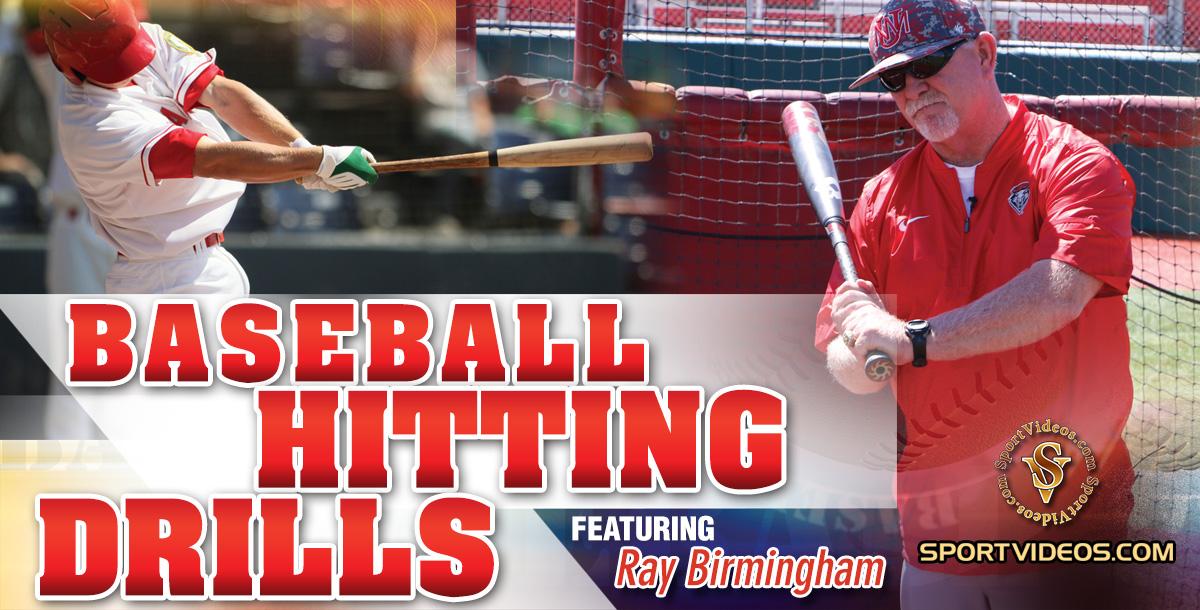 Coach Ray Birmingham has used his years of coaching experience to fine tune a program that can help hitters reach their full potential. In this informative program, Coach Birmingham will demonstrate several keys drills designed to create better hitters. Among the topics covered are: basics of opposite field hitting, mechanics of the swing, pull hitting, teaching bat lag, the pitching machine, self toss drill, using the tee, the swing stick and tips for batting practice. This video is a must-have for every baseball coach and player.

Ray Birmingham has been a head baseball coach at the collegiate level for over 32 years. He currently is the head baseball coach of the University of New Mexico Lobos. His teams consistently rank in the NCAA top 10 in the hitting category. Prior to coming to UNM in 2008, Ray was the head baseball coach at New Mexico Junior College in Hobbs, NM for 18 years and at the College of the Southwest in Hobbs, NM for 2 years. For his overall career, Birmingham is in exclusive company having won over 1,000 games. In 2011, Ray Birmingham was named a member of the National Junior College Athletic Association Hall of Fame. Birmingham also served as the hitting coach for USA Baseball's Collegiate National Team. Several players that were coached by Ray Birmingham have gone on to play Major League Baseball.