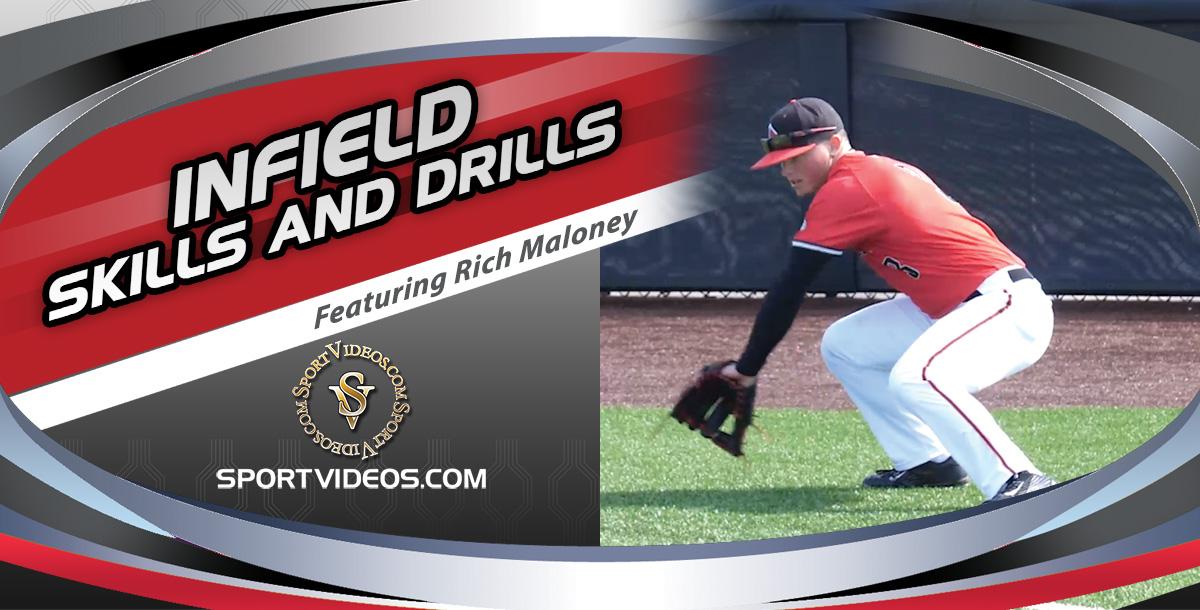 Coach Rich Maloney has used his 23+ years of head coaching experience to fine tune a program that can help infielders to reach their full potential. In this comprehensive program, Coach Maloney demonstrates the implementation of numerous skills and drills designed to develop the most important aspects of infielding. Among the topics covered are: footwork, tag plays, hops, phantom drills, double plays, flips, throws, various fielding drills, slow rollers, rundowns and much more. This video is a must-have resource for every coach and infielder. 89 minutes. 2019.

Rich Maloney has been the head baseball coach at Ball State University in Muncie, Indiana since the start of the 2013 season. He is the former head coach of the Michigan Wolverines where he compiled a record of 341–244 in 10 seasons, from 2003 to 2012. He led the Wolverines to four consecutive NCAA tournament appearances (2005–2008) and was the Big Ten Coach of the Year in 2007 and 2008. From 1996 to 2002, he was the head coach at Ball State. He was named the Mid-American Conference (MAC) Baseball Coach of the year in 1998 and 2001. From 1998 to 2001, the Cardinals finished first in the MAC West for four straight seasons. Coach Maloney has been a member of the American Baseball Coaches Association (ABCA) for over 28 years. He recently finished his term as President of the ABCA.