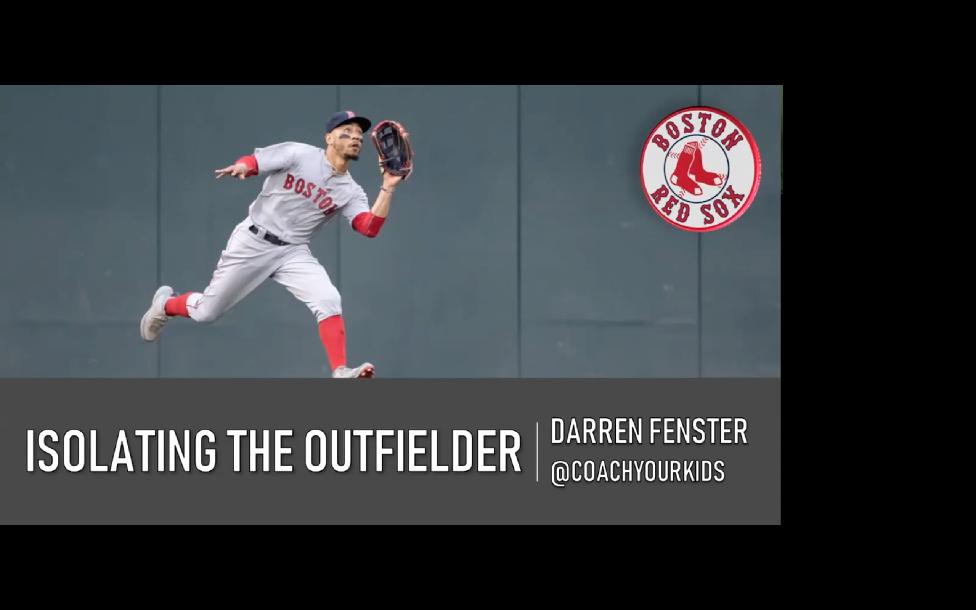 Need some help training your outfielders? Then you've come to the right place! In this course, Coach Darren Fenster reveals multiple drills and philosophies in order to make your outfielders stronger and more efficient athletes. With his help, your outfielders will reduce their amount of mistakes and learn to play smarter and better!

Darren Fenster became the Boston Red Sox's Minor League Outfield & Baserunning Coordinator in 2019. He was named the manager of the Portland Sea Dogs by the Boston Red Sox in January 2018. That season marked Darren Fenster's 7th year with the Red Sox, his 6th year as manager in the organization, and his first season as manager of Portland. He spent the previous four seasons leading the Greenville Drive, Boston’s Class-A South Atlantic League affiliate. Fenster led the Greenville Drive (South Atlantic League) to their first championship in team history in 2017. The Drive went 79-60 and defeated Kannapolis 3 games to 1, capturing the South Atlantic League crown. Following the season, Fenster led the Peoria Javelinas to the Arizona Fall League Championship. During his tenure, he has managed many of the club’s top prospects, including current Major Leaguers Andrew Benintendi and Yoan Moncada. His managerial career began with the GCL Red Sox in 2013 where he led the team to a division title and appearance in the Gulf Coast League Championship Series, after serving as hitting coach for Greenville in his professional coaching debut in 2012 where future Major Leaguers Blake Swihart, Garin Cecchini, Henry Owens, and Matt Barnes would make their full-season professional debuts.

EXCELLENT!!!! Best Outfield Course out there!!!!

You just booked "Isolating the Outfielder "