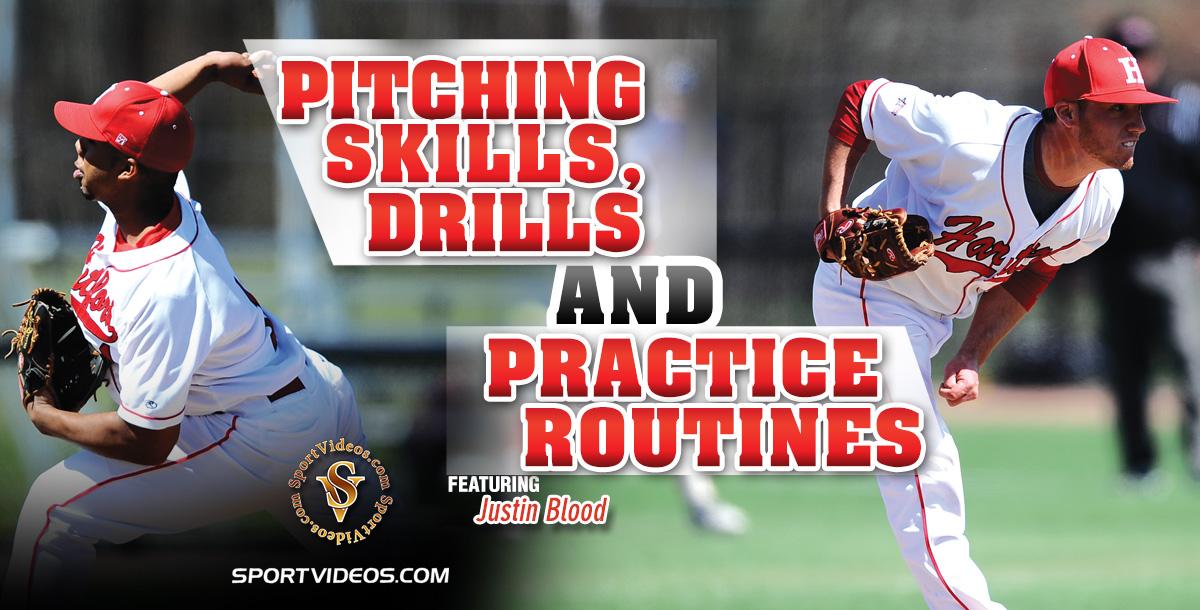 Coach Justin Blood has used his years of pitching experience to fine tune a program that can help pitchers reach their full potential. In this comprehensive program, Coach Blood will demonstrate the implementation of a daily routine that will help to build a successful pitching staff and reduce the chance of injuries. Among the topics covered are: fastball command, the throwing program, drills, flat ground work, pitcher's fielding practice, thera-band and small weights, conditioning, bullpen routine and additional pitching tips. This video is a must-have for every pitching coach and pitcher. 99 minutes.

Justin Blood is the head baseball coach of the University of Hartford Hawks. He comes to Hartford by way of the University of Connecticut, where he served as the Huskies pitching coach and recruiting coordinator. Entering his eighth season at the helm in 2019, Blood owns 170 career victories, the most by any Hartford coach in program history. 2018 was a historical season for the Hawks, as the team finished the year with the programs first ever America East Regular Season and Tournament Championship and made its first ever NCAA Tournament appearance. Blood earned America East Coach of the Year honors. Coach Blood has had 14 different pitchers drafted in the Major League Baseball draft. A pitcher himself, Justin Blood was drafted by the Seattle Mariners in 2001 and excelled in the minor leagues before retiring to pursue coaching on the collegiate level.