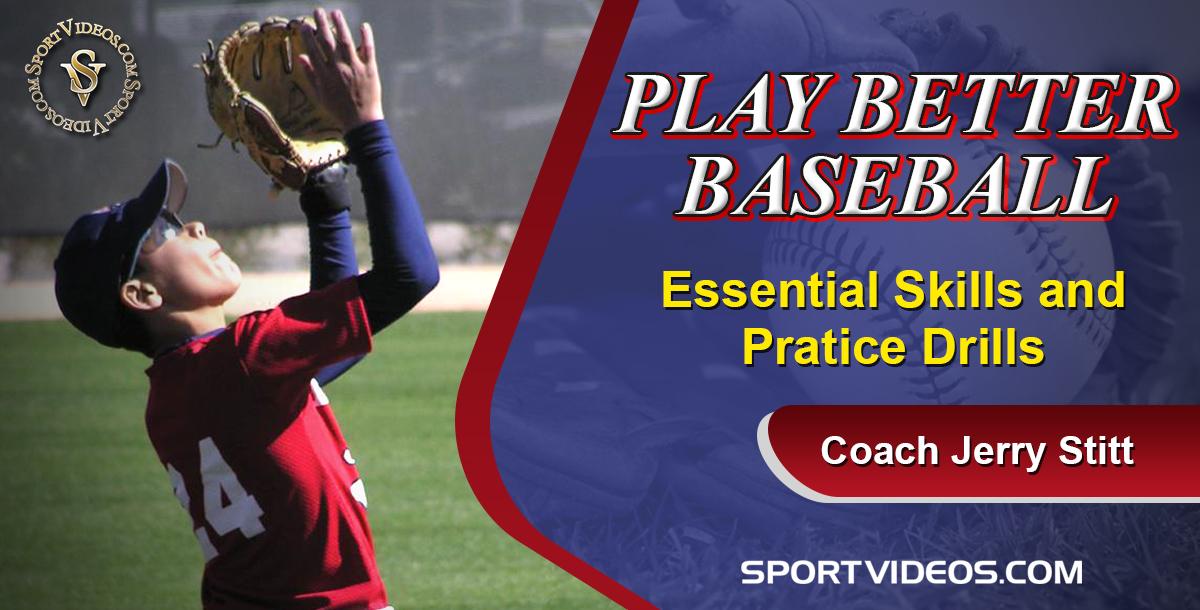 Part 1 covers gripping the baseball, throwing progressions, and proper technique and footwork . It includes some movement and throwing drills which will help players to master this often neglected part of the game. It is essential to teach players how to deliver the ball to their target accurately and consistently.

Part 2 covers fielding fundamentals and drills for both infielders and outfielders. The players learn glove mechanics, body positioning, footwork, how to turn the double play, communicating with teammates, and more! Practicing these fielding concepts and drills will help players to dramatically reduce the number of fielding errors.

Part 3 covers essential hitting mechanics and drills. Coach Stitt provides a detailed explanation and demonstration of the elements of a good swing. Learn the four things that all great hitters have in common. You will also learn how to put the ball in play and avoid common errors.

Coach Stitt provides progressive drills to work on in the batting cages. He also presents some hitting drills that can be used on the playing field to provide players with numerous repetitions and keep everyone involved. This comprehensive program will help coaches and players to establish the proper foundation necessary to be successful in baseball at any level.

Jerry Stitt was involved in the University of Arizona baseball program for more than 27 years as a player, assistant coach and head coach. He mentored 59 position players that went on to be drafted by major league teams and he helped Arizona win NCAA Division 1 championships in 1980 and 1986. As head coach at UA, he led the Cats to back-to-back winning seasons from 1997-99 and a return to post-season play in 1999. Major league hitters who learned from Stitt while at UA include George Arias, Tommy Barrett, Casey Candaele, Jack Daugherty, Terry Francona, Chip Hale, Ron Hassey, Jack Howell, J.T. Snow and Dwight Taylor. Stitt had an outstanding playing career prior to his coaching days. He was a first-team ABCA All-American center fielder for Arizona and was drafted by the Cleveland Indians.

Practice Design With a Dodger by Shaun Larkin
Views: 1106
$25