Actions to Make Any Defense Wrong 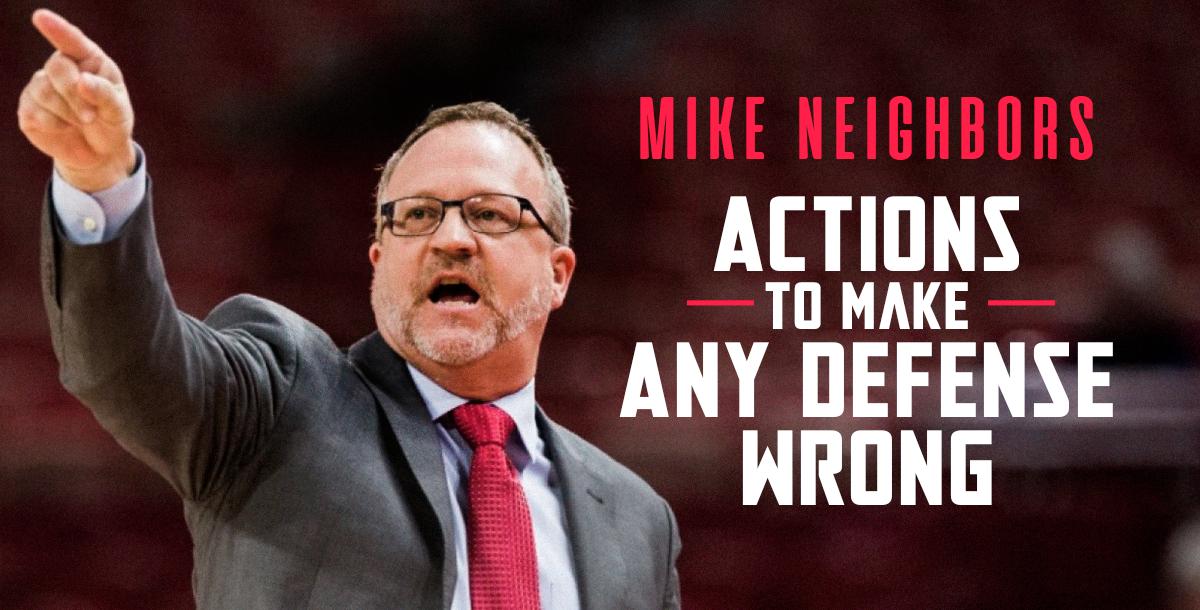 In this course, Coach Mike Neighbors emphasizes using the shot clock to manipulate your opponent's defense. He also encourages switching up your offense to find the weak points in the opponent's defense in order to gain a competitive advantage and score more points. If you are a coach who wants to learn how to take advantage of any defensive tactic, then this course is a must!

In just three years after his homecoming, Arkansas Women’s Basketball Head Coach Mike Neighbors has successfully turned the Razorbacks into one of the premier programs in women’s college hoops. His three years on the Hill as the program’s leader have arguably been the best stretch in the history of Razorback Women’s Basketball. Neighbors’ success goes beyond what he has done for the Razorbacks, though – the Arkansas native has the most wins, 157, of any NCAA Division I Head Coach that has led a program for seven or fewer seasons.

Neighbors enters his fourth season coming off the best year for the Hogs ever in the Southeastern Conference, as his 2019-20 Hogs became the only squad to ever win 12 games in the SEC between the regular season and the conference tournament. The 2019-20 team was also one of just two teams to ever win 10 games in the league, while his most recent squad was one of just three Razorback teams in the SEC era to finish above .500 in conference play. With their 10-6 record in 2020, the Hogs finished tied for third place in the conference, the best-ever conference finish for Arkansas Women’s Basketball. If not for the shortened season, Neighbors would have guided his Hogs back to the NCAA Tournament.

The Hogs would instead finish their season at the SEC Tournament, where they would once again make history. In their first game, they would match their own program record, and break the SEC Tournament record, for threes in a game, hitting 17 of them against Auburn. They would then stun No. 15 Texas A&M for the second year in a row, storming back from 17 down to beat the Aggies, 67-66.

The Hogs used Neighbors’ functionally fast offensive system even more efficiently during the 2019-20 season, finishing the season as one of the best offenses in the NCAA. The Hogs scored 100 points or more four times during the 2019-20 campaign, including three times during the SEC season. The Razorbacks broke their conference record for points in a game against No. 15 Kentucky at home, scoring 103 points against what was at the time the best scoring defense in the conference. The Hogs then turned around and broke their own record the very next week, dropping 108 points at Ole Miss.

Arkansas was fantastic in all areas important to Neighbors’ offensive philosophy this past season, as the Hogs finished the season as the NCAA’s leader in free throws made (512), while also finishing third in total threes made (314) and fewest turnovers per game (11.0). The Razorbacks’ mark in three-pointers made this past season is a new SEC record, one they also broke in Neighbors’ second season on the Hill.

As always Coach Neighbors breaks everything down and helps explain why he does things.

You just booked "Actions to Make Any Defense Wrong"