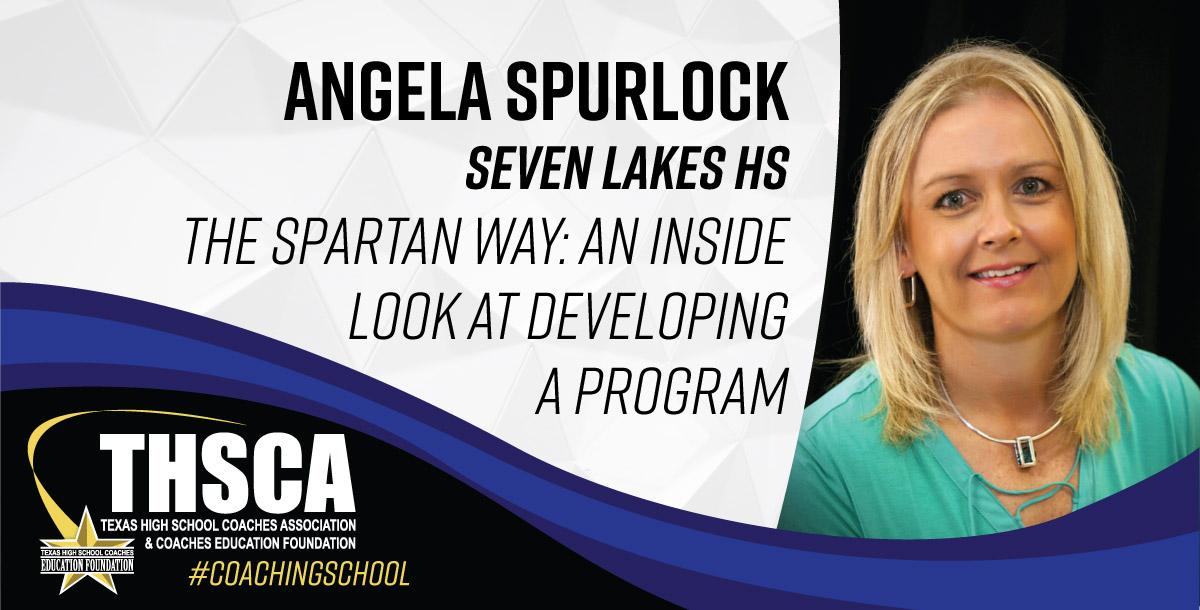 Lecture Title: The Spartan Way: An Inside Look at Developing a Program

Lecture Title: The Spartan Way: An Inside Look at Developing a Program

Born and raised in Louisiana, education and scholarship opportunities led Coach Spurlock to Texas upon graduating from High School in Shreveport, Louisiana. She is a graduate of Stephen F. Austin State University where she received a softball scholarship and earned her Bachelor of Science Degree and her Teaching Certificate. Prior to attending SFA, she attended Panola Junior College on a basketball scholarship. In 2005 Coach Spurlock received her master’s degree in Administration and Principalship from the University of Houston Victoria. Coach Spurlock came to Katy Independent School District in 2005 to open Seven Lakes High School, serving as the Assistant Athletic Coordinator and Head Basketball Coach. In addition to coaching, Coach Spurlock serves as the Department Chair of the Health and Physical Education department and teaches classes in Fitness Education. Her journey to Seven Lakes came through C.E. King High School (1992-1997), Friendswood High School (1997-2003), and Hightower High School (2003-2005). Coach Spurlock has proudly served as a head basketball coach and Assistant Athletic Coordinator in 26 of her 30 years in the profession. Coach Spurlock is well known in the greater Houston Area athletic community for her involvement in the Greater Houston Area Girls Basketball Association, Texas High School Coaches Association, Texas Girls Coaches Association, and most recently the President of the Texas Association of Basketball Coaches. Her coaching resume includes nineteen State Playoff Appearances, one Regional Semifinal appearance, two Regional Final/Elite Eight appearances, and over 500 career wins. Since opening Seven Lakes 17 years ago, Coach Spurlock has led the Spartans to 8 District Championships, 12 State Playoff appearances, and 2 Regional Tournament appearances. As a product of two Louisiana High School State Championship teams herself, she maintains a drive to succeed on and off the court while understanding the value of positive athletic experiences. Coach Spurlock is passionate about teaching and continues to teach life lessons through basketball.