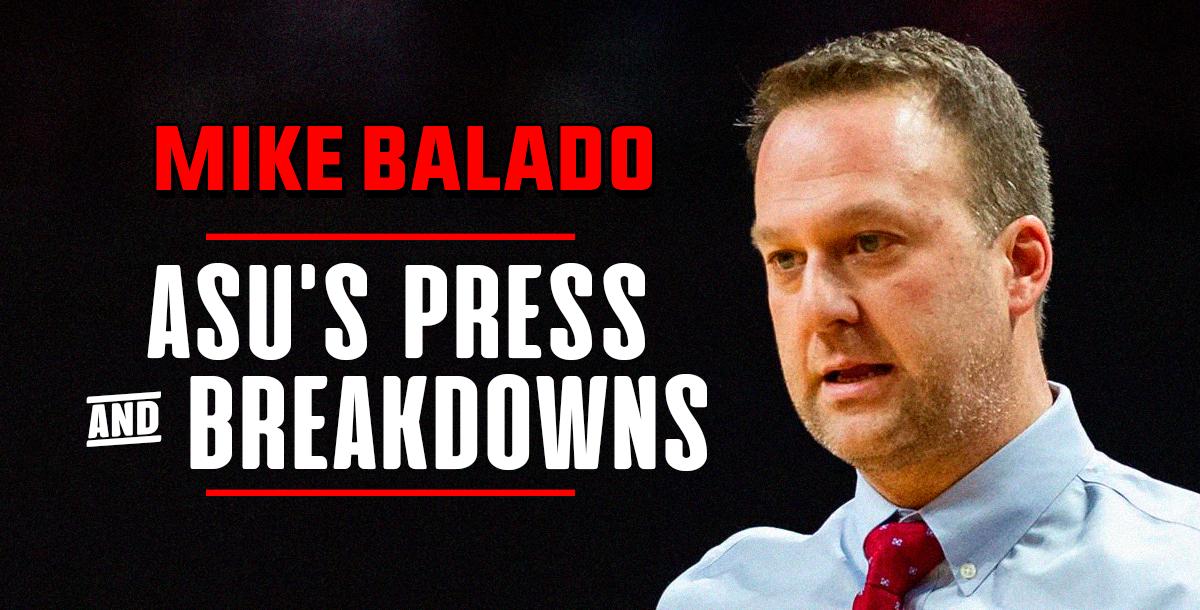 In this course, Coach Mike Balado reveals his White and Red Press systems that you need to know to effectively speed up your opponent and even trap for turnovers. He uses whiteboard examples and even game clips to show you step by step how these press systems work. If you are a coach who wants to learn new press defenses, then this is the course for you!

Arkansas State University Director of Athletics Terry Mohajir announced the appointment of Mike Balado as the 16th head coach of the A-State men's basketball program on March 20, 2017. Balado came to Arkansas State after spending more than 15 seasons as an assistant coach, his last stop covering four seasons at the University of Louisville.

In his first three seasons at the helm, Balado has led the Red Wolves to a 40-56 record. With an up-tempo style of offense, A-State has top-five marks in single-season 3-pointers made, free throws made, and free throw attempts. Last season, A-State earned road wins at Colorado State and Tulsa and finished with six or more road wins for just the 13th time in the last 50 seasons. The Red Wolves were resilient with six comeback wins despite trailing by double-digits in the second half. The 2019-20 season saw A-State finish the regular season with 16 or more wins for the 18th time in 50 seasons at the Division I level (since 1970-71).

His first signing class, consisting of Ty Cockfield, Tristin Walley, and Grantham Gillard, played a vital role on the floor. Cockfield set the single-season program record for scoring (716) and free throws made (173) and was a second-team all-conference pick. Freshmen were pivotal in the 2019-20 season with Caleb Fields becoming the third freshman in program history with 100-plus assists and one of five freshmen nationally to average at least 11 points, three rebounds, and three assists with fewer than two turnovers per game.

During Balado’s four seasons working at Louisville, the Cardinals posted a 106-32 overall record for a .768 winning percentage. In the 2016-17 campaign, he helped lead Louisville to a 25-9 record and a No. 2 seed in the Midwest Regional of the NCAA?Tournament.