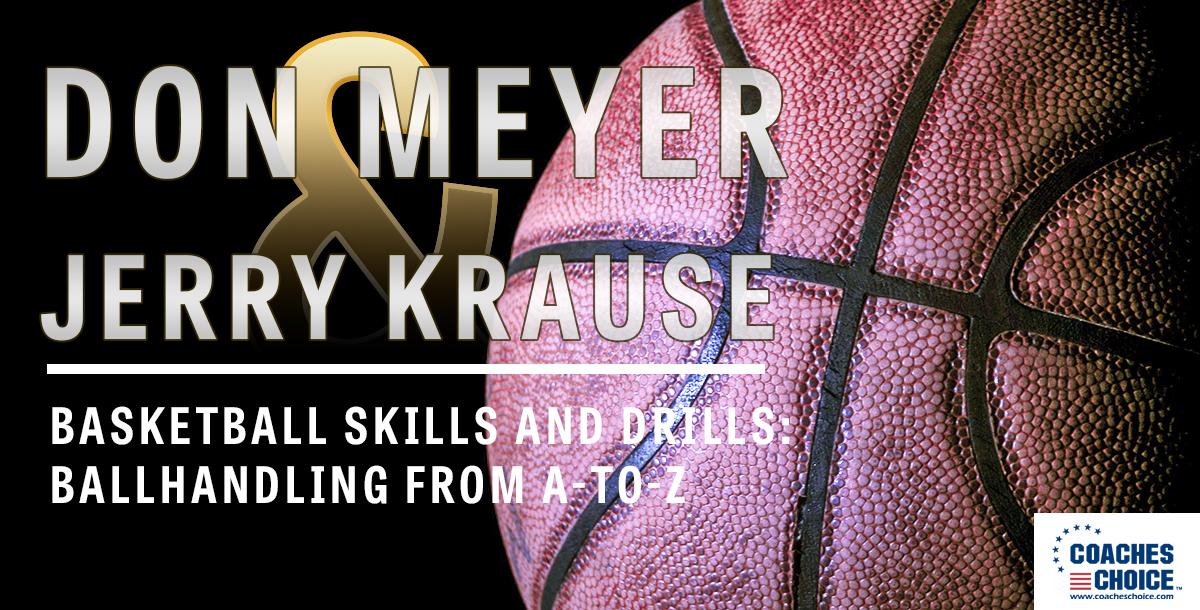 Ballhandling From A-to-Z presents a detailed overview of the principles, fundamentals, and techniques involved in sound ballhandling. Appropriate for coaches and players at all competitive levels, this basketball instructional course explains and demonstrates how coaches can enhance the ballhandling skills of each of their players.

Jerry Krause was the director of men’s basketball operations at Gonzaga University. Highly regarded as an exceptional teacher of the fundamentals of basketball, Krause has authored 13 instructional coaching books on basketball. For more than two decades, he has been extensively involved professionally in the activities of the coaching/rules organizations of both the NCAA and the NAIA. In his renowned career, he has been honored numerous times for his efforts as a coach, educator, and administrator.

Don Meyer spent 24 years coaching David Lipscomb University in Nashville, TN. At David Lipscomb, he reached the 700-win plateau faster than any coach in the history of college basketball. One of the most respected individuals in the intercollegiate coaching ranks; he is an accomplished author and speaker and is featured on the all-time, best-selling series of instructional videos.

Great course for shooting tips. So worth it to have on deck forever

very informative, clear and to the point instructions, great value, thanks!

Scoring Without the Ball by Better Basketball
Views: 12582
$39