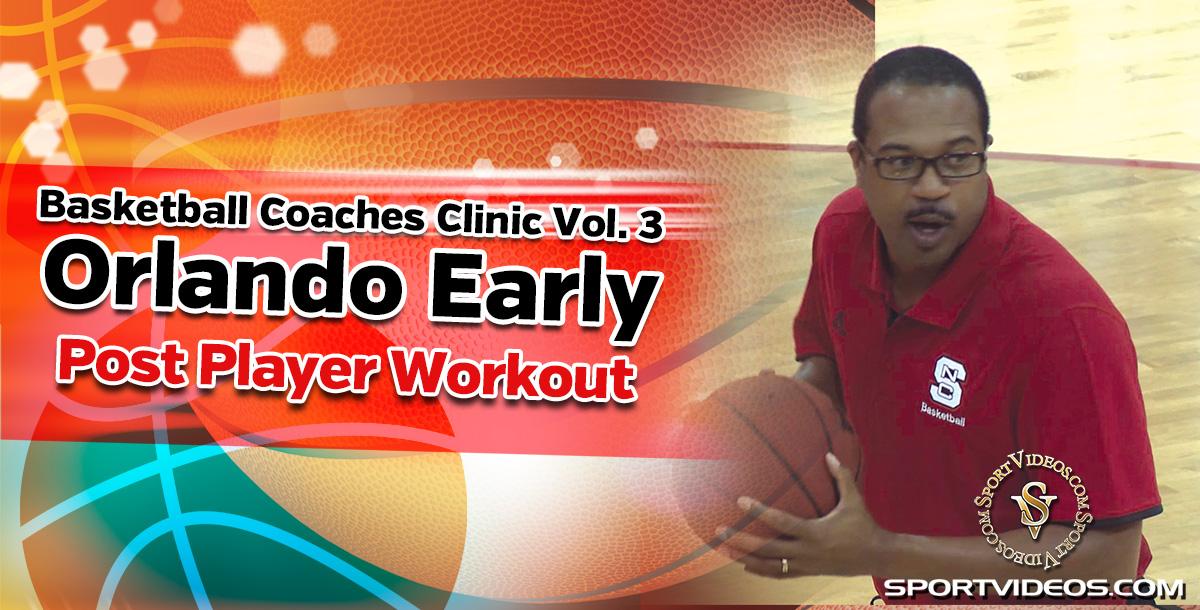 Coach Orlando Early demonstrates several skills and drills any post player will need to be successful at any level of play. Among the topics covered are: the Mikan drill, reverse Mikan drill, jump hooks (right and left hands), offensive and defensive rebounding drills, the power lay-in series, shot fakes, offensive post play, drop step, inside pivot, side post, high post and inside screen. This is a great workout that will help post players dramatically improve their skills near the basket.