Climbing the ladder - How to create value for yourself 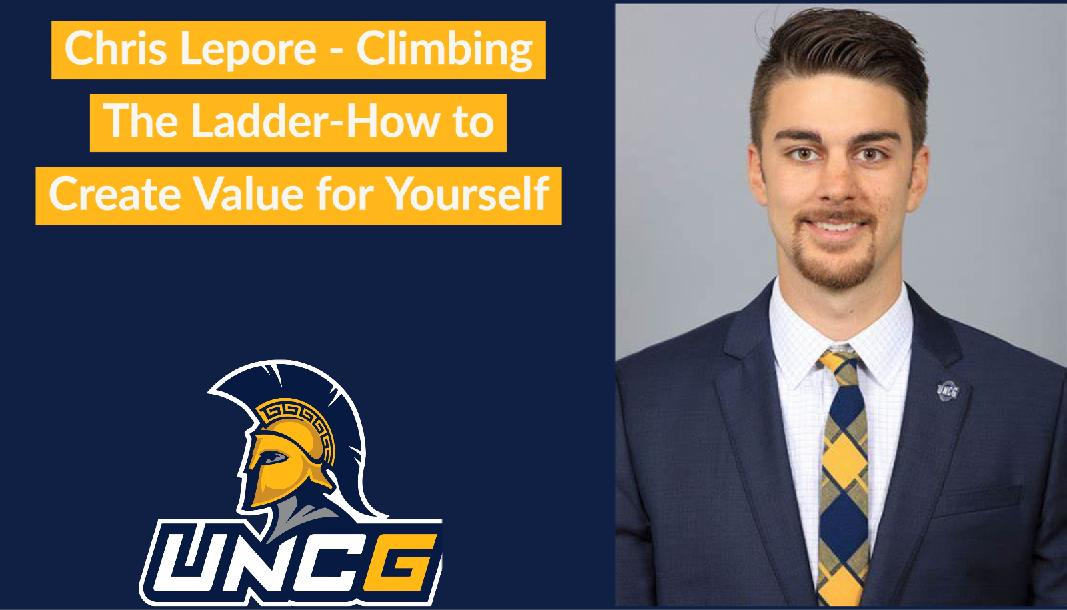 In this course, Coach Chris Lepore presents "Climbing the Ladder-How to Create Value for Yourself".  Coach Lepore speaks about the importance of networking when looking to move up the ladder in the coaching world, before he speaks on the qualities which make a great assisant coach. Coach wraps up with a 1 minute question and answer period coering all topics pertaining to climbin the ladder.

LePore spent the past seven seasons on head coach Wes Miller's staff at UNCG. He joined the staff as a graduate assistant and was quickly moved up the ranks into an assistant coach role.

In 2020-21, UNCG secured their fifth straight 20-plus win season, finishing 21-9 (13-5) and being crowned both SoCon Regular Season and Tournament Champions. LePore was in the assistant coach role for both of the NCAA tournament berths in the Wes Miller era (2021, #13 seed v. Florida State; and 2018, #13 seed v. Gonzaga). UNCG played in the SoCon Tournament Championship Game 4 times in 5 years spanning from 2016 to 2021.

In 2018, LePore was named to the National Association of Basketball Coaches’ (NABC) Under Armour 30-Under-30 list. The 30-Under-30 list recognizes a group of up-and-coming young assistant coaches in men’s college basketball. The award recognizes coaches who excel in community service involvement, mentorship and impact on others, professional manner and attitude and professional association involvement.

Prior to UNCG, LePore was a student manager for the Belmont men's basketball program. At Belmont, LePore worked hands-on with three All-Americans: NBA champion Ian Clark (2017 Golden State Warriors), JJ Mann and Evan Bradds. Belmont appeared in the NCAA Tournament and the NIT in his two seasons with the program.

LePore earned his Bachelor of Arts degree from Belmont in Journalism/Secondary Education in 2014. He finished up his Masters of Arts in liberal studies at UNCG in 2016.

LePore married the former Jennifer Robbins in September of 2016. Jennifer played college basketball at Queens College, where she is 5th all-time in career rebounds (1,000). They have three children. Julius was born in January of 2018, Cruz was born in July of 2019, and Peyton was born in May of 2021. Julius scored his first career points in a youth basketball game this past winter.

NEW!
Your Best Preseason EVER by Matt Hackenberg
Views: 57
$9.99