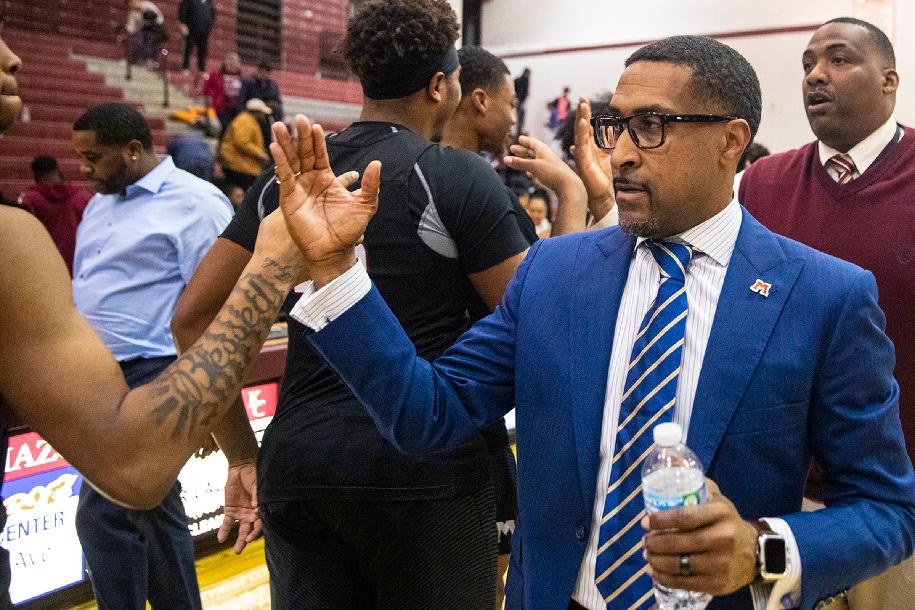 Coach Keith Guy is the Athletic Director and Head Boys Basketball coach at Muskegon High School in Muskegon, Michigan. He discusses how he has built one of the premier Boys basketball programs in Michigan. His program is based on Hard work and Defense. You will get details on how he has developed his program.

Guy is a 1993 Muskegon Heights alumnus, who was starting point guard on the Tigers’ state-finals team that year. He spent 11 years working and coaching at his alma mater, nine of them as head coach. The 2019-20 school year marked his eighth as head coach and athletic director at Muskegon High School. In total, Guy has made nine trips to the final four as a player, assistant coach or head coach. He guided the Big Reds to a banner season in 2013-14, when they rolled to a Class A state championship and finished with a 28-0 record.  The 1992-93 season was a special one for Guy and Muskegon Heights. The Tigers were ranked No. 2 in the state and made it to the Class B championship game at The Palace of Auburn Hills, where they lost to Saginaw Buena Vista, 69-52. Guy, a 5-foot-10 spark plug, finished with six points and five assists in the game. Maurice Sain, who is a longtime assistant coach on Guy’s staff, led the Tigers with 14 points and 12 rebounds in the ’93 title game. Guy has built Muskegon into a perennial power. The Big Reds have a string of conference and district titles going, and who knows what the 20-2 team in 2019-20 could have done, as its season was cut short because of the COVID-19 shutdown.
@HoopsBigReds
kguy@mpsk12.net

First off, huge thank you to both Keith and Kevin for putting this video together. A ton of information. Loved the questions & answers. Great stuff. Thanks again.