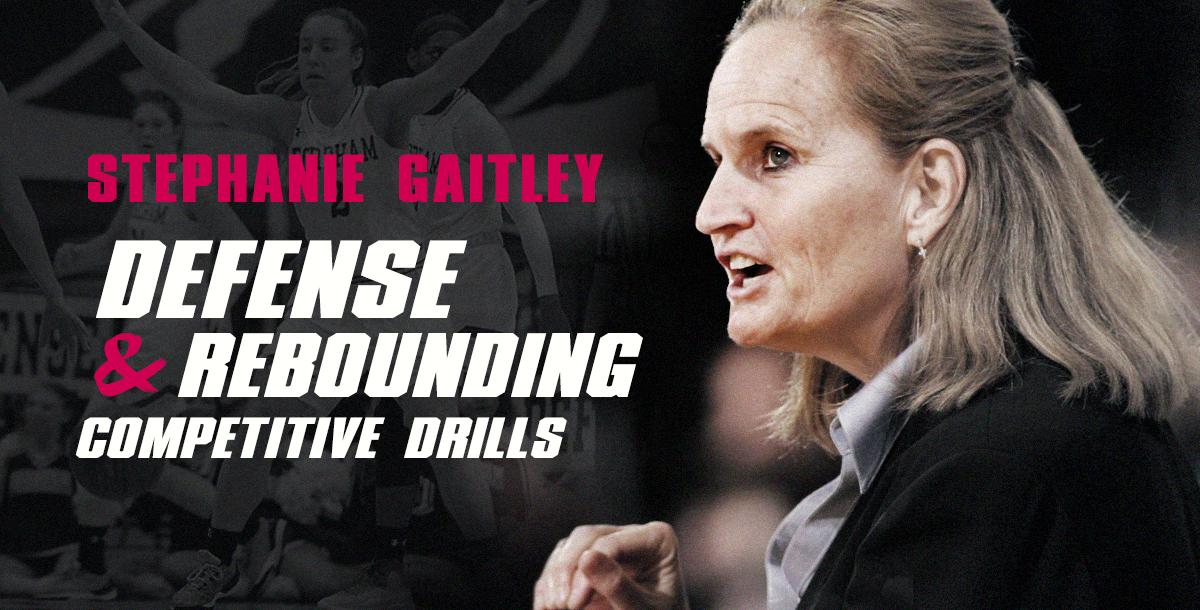 Defense and rebounding go hand in hand however dominating in both can put you miles ahead of the competition. You need to be extremely competitive and motivated in order to excel in both. Players like Rodman, Duncan, Shaq and more made it look easy because of their drive and determination to beat the opposing team.

Having the ability to defend and rebound in the defensive as well as the offensive will make you a front runner for a championship. After all, offenses sell tickets and defenses win championships. As we said, the players above dominated in your time and all were several time champions.

By incorporating drills like the 3 on 3 line drill, 6 on 4 knight drill, 5 on 5 help recovery and Mississippi St. rebounding drill can significantly help improve your team's overall performance on the court and on the glass. Learn how to become an elite defender and a great rebounder from a coach who’s had success in this area. Introducing Fordham University's head coach Stephanie Gaitelys..

Driving competition and defensive principles during practice can be difficult to achieve at the same time. In this course by esteemed Coach Stephanie Gaitley, you will gain insight on multiple drills that inspire competition, while teaching your players key defensive/rebounding techniques and strategies.

Simply click the ‘Book This Course’ button at the top right of this page, place your order, and you’ll immediately be logged into the training with full access. You’ll hit the ground running and Become a great defensive rebounder today!

Stephanie Gaitley is the head women's basketball coach at Fordham University. She had previously served as a head coach at Monmouth University and Long Island University. During her six seasons at LIU, she posted a 95-82 record. She guided LIU to a school record 22 wins in 2007, and the top overall seed in the NEC tournament. She was named the 2006-07 NEC coach of the year for her efforts. She led LIU to two 20+ win seasons, and the first WNIT appearance in school history.

Gatiley also served as the head basketball coach at St. Joseph's University in Philadelphia. She led the Hawks to five 20 win seasons, and two Atlantic 10 championships, as well as five NCAA tournament appearances. She also coached at the University of Richmond from 1985 to 1991. She compiled a 116-63 record, and led the Spiders to two CAA championships, as well as 2 tournament bids. She was named CAA coach of the year in 1989