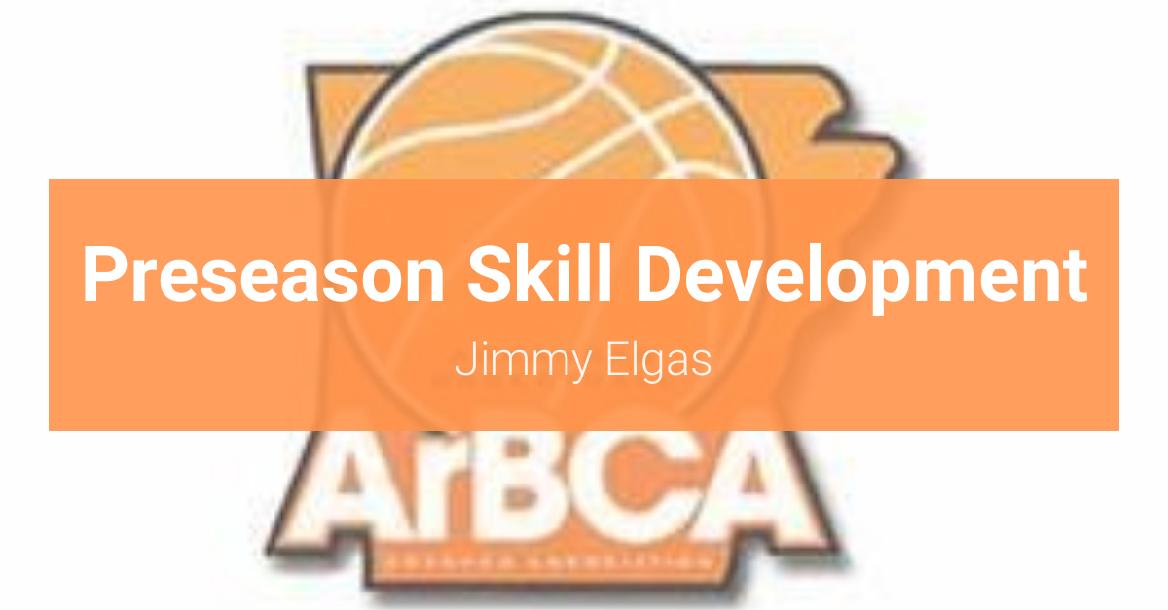 Henderson State head coach Jimmy Elgas takes you through some of the drills and teaching points used in their preseason development program.  Coach Elgas shares a series of ball-handling and shooting drills in this presentation, along with their philosophy around developing players.

Jimmy Elgas enters his sixth season as Henderson State’s men’s basketball coach in 2020-2021. Elgas joined the Reddies in April of 2015, becoming the 28th head coach in the 105-year history of the basketball program. In his five seasons, Elgas has revitalized the program in Arkadelphia and has been named one of the 15 Up-And-Coming coaches in all of NCAA DII and NAIA basketball.

The 2019-20 season saw the culmination of Elgas' five-year build of the program, as Henderson finished 23-8 overall and captured the 2020 Great American Conference Tournament Championship with three wins in three days in Bartlesville, Oklahoma. The tournament title was the first conference championship of any kind in men's basketball since 2006-07 and earned HSU an automatic berth to the NCAA DII Tournament for the first time in more than a decade. Among the many accomplishments during the championship season were a 13-1 record in the Duke Wells Center, two wins over rival Ouachita Baptist, a contest against Southeastern Oklahoma that was featured as the NCAA DII Showcase Game of the Week, and a field goal percentage defense that was ranked inside the Top-10 in the country for the entire year. The Reddies also set a new record for GAC wins in a single season with 15, while their 23 total victories were the most for the program since 2006-07.

Build Your Own Basketball Skill Workout by Quinn McDowell
Views: 987
$29