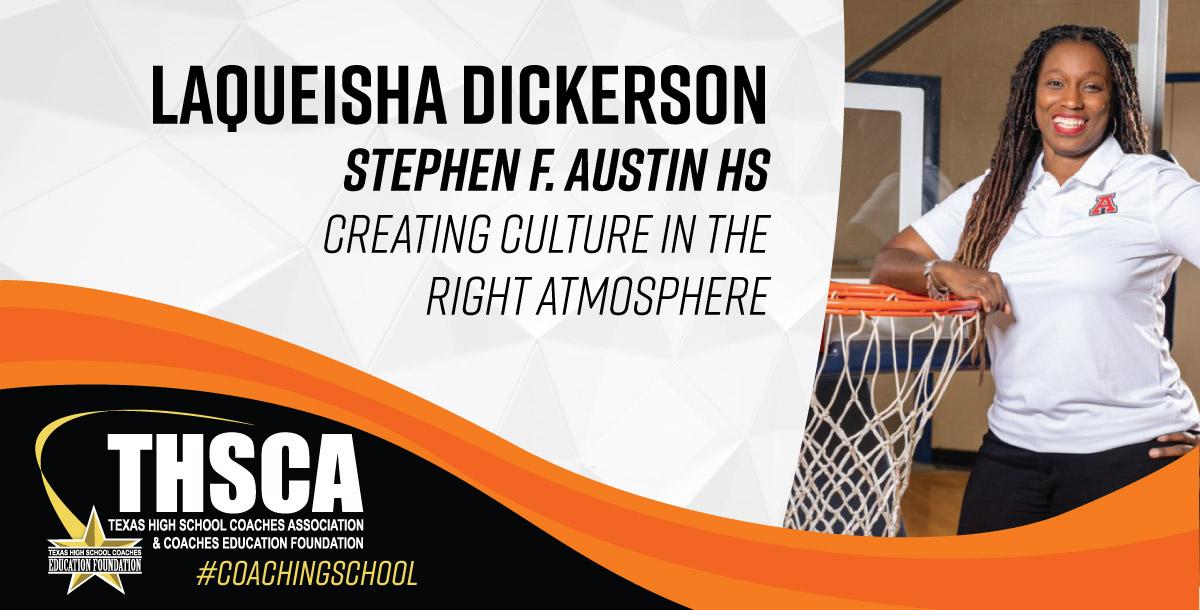 LaQueisha Dickerson just completed eighteenth-year teaching and coaching with five at the collegiate level and thirteen being a Head Coach in the Houston area. In just her second year taking over as the Head Coach and Co-Campus Athletic Coordinator to rebuild Fort Bend Austin girls’ basketball program, her Lady Dawgs were able to make history multiple times this year as they captured the school’s first District Championship, the most wins in the history of the program with 29, and the school’s first appearance as a Regional Quarterfinalist. Coach Dickerson has a reputation of rebuilding programs as her team also made history at Lamar Consolidated in 2013 as her Lady Mustangs advances to the Regional Semi-Final game, and feat that had not been conquered in LCISD on the boys or girl’s side. Dickerson is a four-time Coach of the year with the most recent being this past season as the 20-6A Coach of the Year.

Coach Dickerson was born and raised in Oklahoma City, Ok as the 4th of five children. She attended Millwood Public Schools and graduated in 1999 as a Little All City, All Region and All State Basketball player under the leadership of the legendary Arnelia Spears. She earned a scholarship to play at Northern Oklahoma College and graduated with an Associates in 2001 and went on to play one year at Lamar University before transferring and graduating from Southwest Missouri State University in 2004.