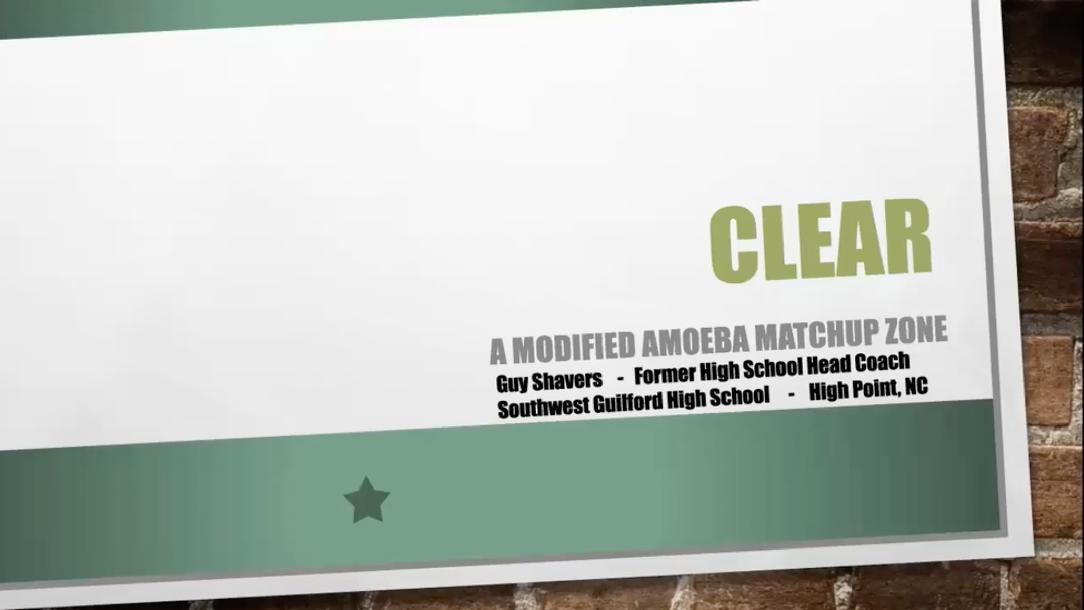 This course is the live presentation by Guy Shavers at the Coaches Clinic Basketball Summit in 2020.

During this presentation, Guy is going to teach you his Modified Amoeba Matchup Zone Defense, called CLEAR. Guy will teach you the defensive strategies and tactics that have led his teams to success.

He dives into concepts like defensive recovery as well being aggressive and offensive like on the defensive end.

Coach Shavers covers different aspects of the Amoeba Matchup Zone Defense and the different ways you can apply it to your program.

The originator of the Amoeba Defense was late coach Jerry Tarkanian (990-228 career coaching record) at UNLV some years ago. Duke coach Mike Krzyzewski once said of Tarkanian, "Jerry had consistent high levels of success because his teams played hard defensively. He's one of the truly remarkable defensive coaches."

2 Time North Carolina State Champion and Coach of the Year

Guy Shavers took his love of working with children to become a teacher and championship level basketball coach as his hobby became his job for the past 17 years. He won state championships in 2 of the past 3 years, while he also won state coach of the year during each of those seasons. Southwest Guilford which is in High Point, NC, finished last year with a record of 32-0 and ranked i#19 in the country per MaxPreps. He had the #1 ranked team in North Carolina in 2019 and finished #76 in the country, but #2 in the state of NC in 2017 finishing with a record of 28-3. He coached basketball at the recreation, travel team, middle school, junior varsity and varsity levels over the past 25+ years while being successful at each level.