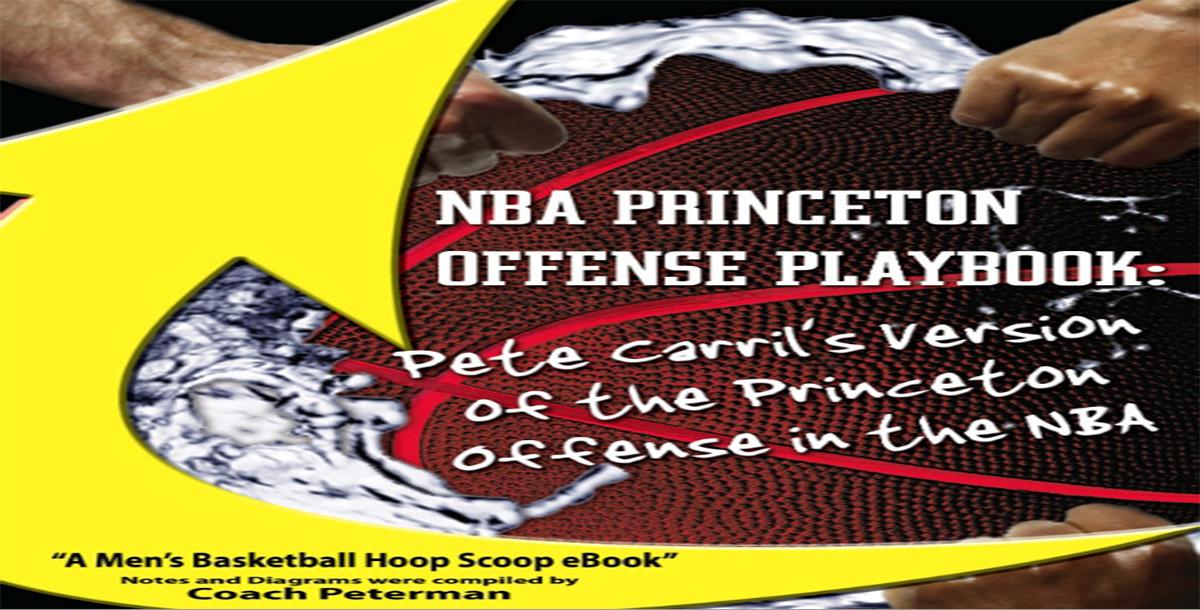 I want to introduce the newest eBook in the Basketball Secrets Unleashed: NBA Princeton Offense Playbook. It is a playbook comprised of NBA Princeton sets from the New Jersey Nets, Sacramento Kings, and Washington Wizards of the NBA. It isn’t an ebook designed to “install the princeton offense”. It has 103 sets that are run by these teams. It doesn’t have the drills to run the Princeton Offense.

The Princeton Offense is known for strongly emphasizing the fundamentals of good shooting, passing, and back-door cuts. The offense takes a high level of basketball intelligence to run it. It is a five part play that takes fifteen seconds to run. The goal of the Princeton offense isn’t to run clock. The goal is to break down the defense, because of lack of discipline on defense. The Princeton off works against both man and zone defenses, and not just against man defense.

The NBA Princeton offense is different than typically run Princeton offenses. This playbook has typical NBA sets like post-up and pick-n-roll sets. It is the mixture of sets that help the NBA athletes along with the combination of Princeton principles that work on any level.

Before the 2001 season, the New Jersey Nets were coming off a 26-56 losing season. They went from an East Coast Conference doormat to the NBA finals. They finished 13th in scoring in the NBA and had five starters averaging double figures.

Sports Illustrated: “The Princeton offense is old-style basketball. Dribble, pass and shoot. I always thought it’s the way the game was supposed to be played.”

The strength of the offense is about being unselfish and the fact that everyone touches the ball. You can tweak the offense as much as you want to tweak it, but it helps everyone succeed. It has a lot of movement and even if one player is scoring, the other four players play a huge role in helping that process.

The positions of the offense are two guards, two forwards, and a center. The guard and forward spots are interchangeable; the center is the only position that is not. The offense revolves around the center and he doesn’t have to be a low block scorer. In the Princeton offense, there are always counter attacks. If they take away one option then there is always another option.

Washington Wizards head in 200l and put the Princeton offense in their attack. Here are the results from their scoring:

I hope that you enjoy this playbook and you are able to use the Princeton offense for your team this season or just get a couple new ideas/wrinkles for your team.

Disclaimer: The eBook was not written by Pete Carril, Bryon Scott, or Eddie Jordan. I compiled notes and video footage from the Sacramento Kings, New Jersey Nets, and Washington Wizards.