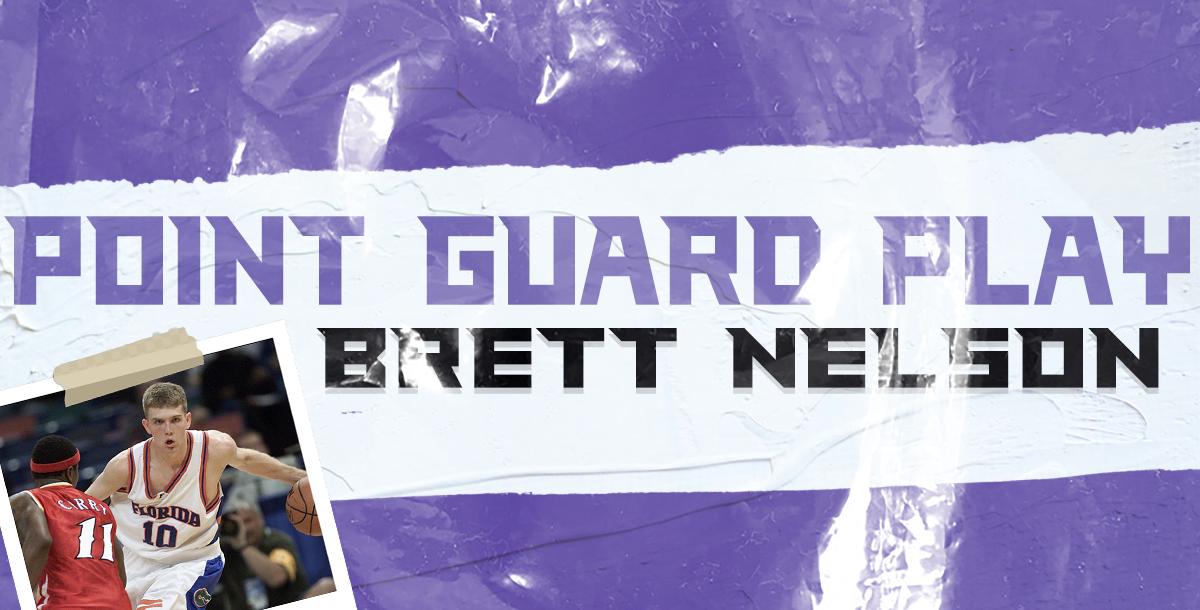 Coach Brett Nelson discusses the roles and responsibilities of playing the point guard position.  Based on his experience playing for Coach Billy Donovan as well as his coaching stops, he shares what he looks for in a great point guard, on court responsibilites as well as developing the mindset for successful point guard play.

Brett Nelson is the head coach of the Holy Cross Crusaders.

Coach Nelson was previously on the staff at Marquette University from 2014-2019.

Nelson, who was promoted to associate head coach in June of 2017, helped guide Marquette to an NCAA tournament appearances in 2016-17 and 2018-19, NIT quarterfinal trip in 2017-18, and has helped assemble a pair of nationally-ranked recruiting classes. An All-American at Florida, Nelson came to Marquette after coaching stops at Ball State (2013-14), Drake (2011-13), Arkansas (2010-11), and Marshall (2007-10). He has worked in college basketball for nine seasons, including seven on the bench as an assistant coach.

In 2013-14, he worked under first-year head coach James Whitford at BSU and was the associate head coach. The Cardinals visited the BMO Harris Bradley Center for non-conference action on Dec. 17, 2013.

Nelson spent two years at Drake, highlighted by a 2011-12 season when he helped the Bulldogs, coached by former Marquette assistant coach Mark Phelps, tie for third place in the Missouri Valley Conference.

Before his time at Drake, Nelson coached the 2010-11 season at Arkansas under head coach John Pelphrey, where he helped the Razorbacks to a third-place finish in the SEC Western Division.

Nelson's first assistant coaching job came in his home state of West Virginia at Marshall, where he spent three seasons from 2007-10 working under head coach Donnie Jones. He helped Jones turn around the Thundering Herd program, culminating with a 24-10 campaign in 2009-10. That Marshall team became the first in 22 years to reach the postseason by earning a berth in the CollegeInsider.com Tournament (CIT).

Jones was then named the head coach at UCF following the 2009-10 season, and Nelson briefly followed him to Orlando before receiving the opportunity to join the Arkansas staff.

While he was at Drake, the Bulldogs signed a class ranked No. 45 in the country and second in the Missouri Valley by HoopScoopOnline. A year earlier, he played a key role in Arkansas landing a class ranked among the top 10 nationally. At Marshall, Nelson was instrumental in the recruitment and development of Hassan Whiteside, who earned C-USA freshman and defensive player of the year accolades before being selected in the 2010 NBA Draft with the 33rd overall pick by the Sacramento Kings.

As a player for Billy Donovan at Florida, Nelson was a three-year starter and a member of four NCAA tournament teams, including the Gators' 2000 team that reached the national championship game. He completed his career ranked first in school history in 3-pointers made (274) and attempted (689), second in steals (199), sixth in assists per game (3.16), and 14th in points (1,416).

Nelson finished second in the SEC's Most Valuable Player voting as a freshman in 1999-2000. He was a third-team All-American by ESPN.com and an honorable mention All-American by the Associated Press in 2000-01, and he later was a preseason semifinalist for the Naismith Award as a senior in 2002-03.

After his collegiate career, Nelson pursued a professional career in Sweden before breaking onto his first college staff. He spent the 2005-06 season as the director of basketball operations at Colorado State for former Marquette assistant Dale Layer and held the same position at VCU in 2006-07 for Anthony Grant before landing his first assistant position at Marshall.

Nelson is a native of St. Albans, W. Va., where he was a McDonald's All-American and the state's player of the year as a senior at St. Albans High School. He earned his bachelor's degree in sociology from Florida in 2004.