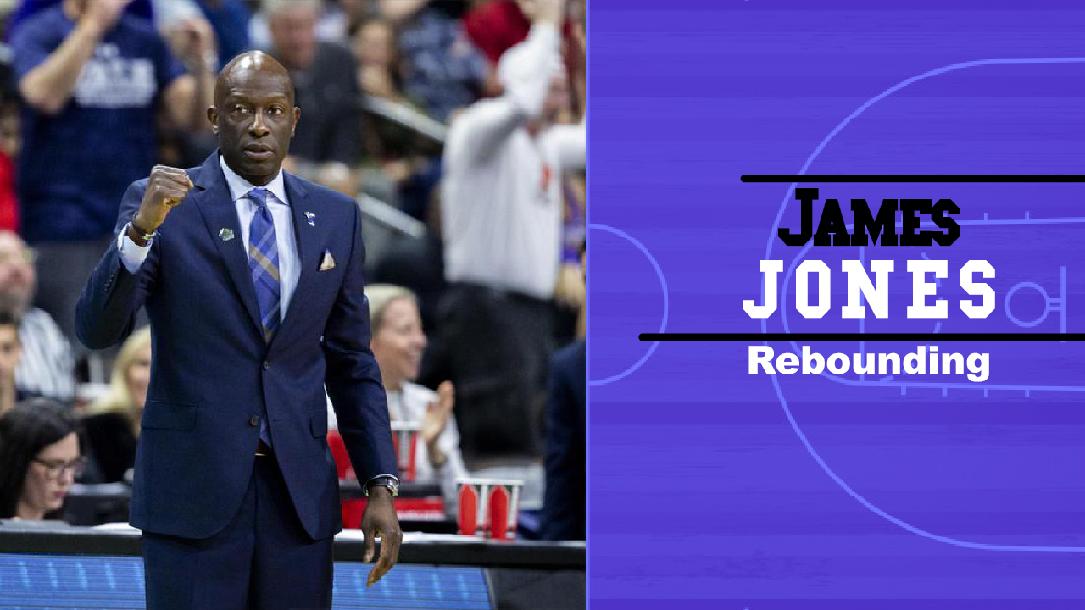 In this course, Coach James Jones stresses that rebounding is the most important concept to emphasize. He reveals 3 Rebounding Techniques your team needs to learn in order to maximize the amount of offensive rebounds effectively. He expresses the importance of staying low when boxing out so you can have the best leverage to box out your opponent. If you are a coach looking for a way to increase teams rebounding percentage, then this is the course for you.

James Jones, the all-time winningest men’s basketball coach at Yale, is one of the most successful coaches in Ivy League history. Jones, the longest-tenured coach in the Ivy League, enters the 2019-20 season with 310 career victories, which is tied for the second-most in league history, and his 169 Ivy wins are the third-most in league history. Jones, who is in his 21st season at the helm, has guided the Bulldogs to four Ivy League championships – 2002, 2015, 2016, 2019 - two NCAA Tournament appearances and five postseason appearances. His .604 winning percentage in Ivy games is by far the highest in school history. Jones, the 2019 recipient of the Ben Jobe Award as the top minority coach in Division I men's basketball, has presided over the most successful era in the long history of Yale Basketball. Over the last five seasons, Yale has a remarkable 52-18 Ivy record. During that stretch, the Bulldogs have won three league titles and made two NCAA Tournament appearances, including earning the first NCAA victory in school history. Jones, who was inducted into New England Basketball Hall of Fame in 2015, was named the Ivy League Coach of the Year in both 2015 and 16 and is also a two-time NABC District 13 Coach of the Year. He surpassed Hall of Fame Coach Joe Vancisin, who led Yale to 204 victories, as the winningest coach in school history when the Bulldogs beat Holy Cross on Mar. 22, 2014.