Basketball / Strength and Conditioning Send as a gift! 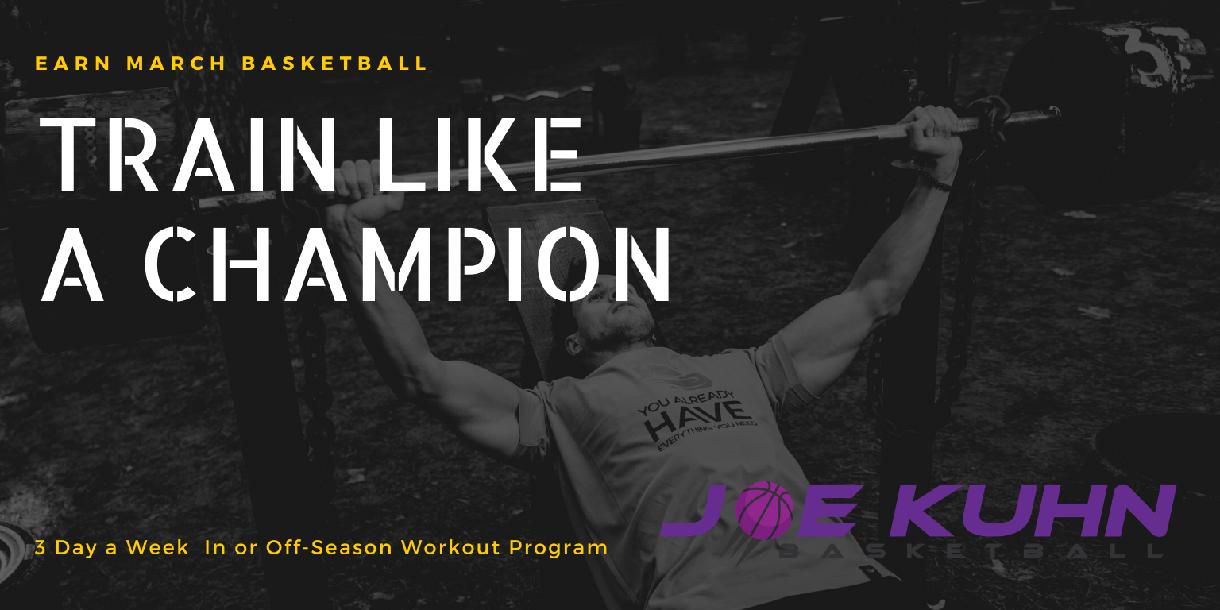 The "Train Like a Champion Workout Program" is a perfect structured routine for high school programs that are limited on time.  Included in this download is a pdf of our 3 days a week workout program (includes a picture of each lift).  The structured workout program consists of the following segments:

This workout can be modified to be in-season by reducing the number of sets and reps.

Implement this workout program and your players will definitely see the results.

In Season Strength and Power Training by Kostas Chatzichristos
Views: 2526
$14.99

You just booked "Train Like A Champion Workout Program"