An Insiders Guide To Resume Building 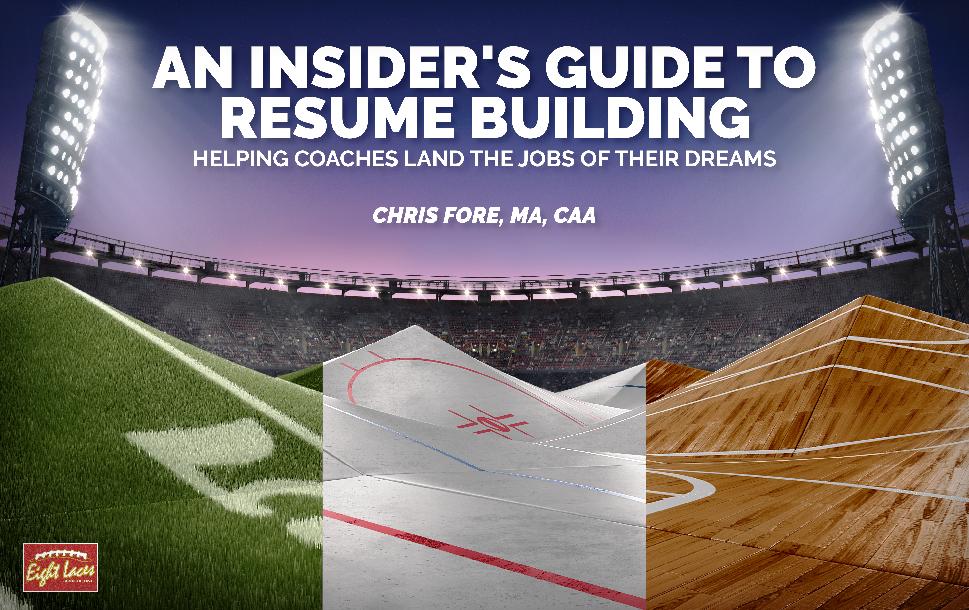 An Insider's Guide To Writing Resumes is Chris Fore's patented system to help YOU write a sports specific resume.   Fore has been helping coaches just like you develop eye catching and interview getting resumes since 2012.  He has helped 100s and 100s and 100s of coaches Nationwide, from both the high school and collegiate ranks, renovate their boring resumes, and turn them into something great by using a system that NOBODY else in the resume writing space does.

This course has more than FIVE hours of on demand video instruction to walk coaches through every single detail of putting together an award winning resume!  Fore shares his tricks and tips for writing and creating a resume that will help your case in landing the job of your dreams. 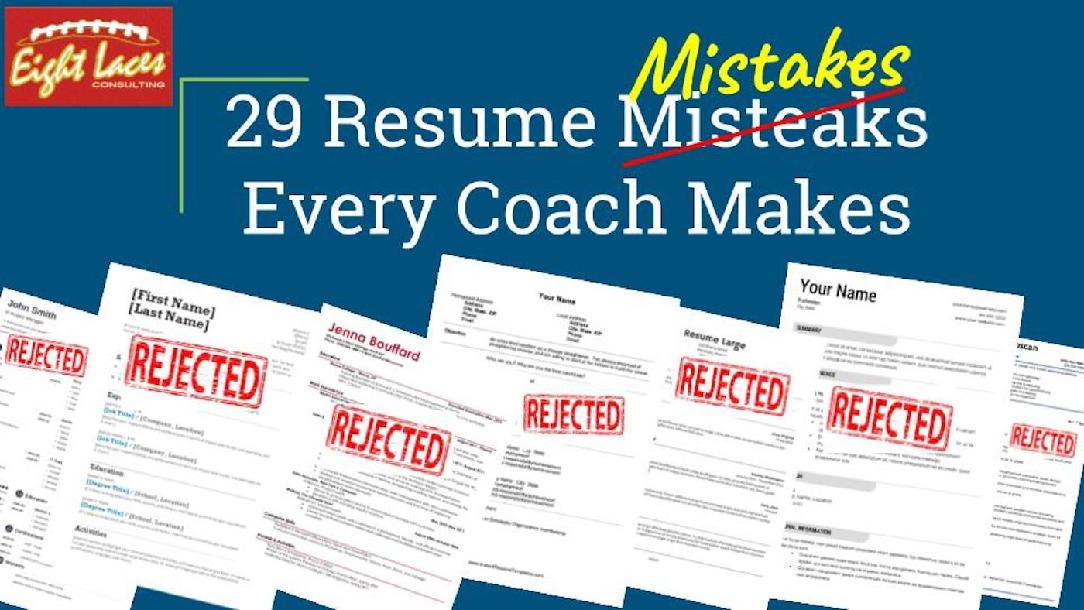 “When the right job opened up for me, I looked for the best support person I could find to make sure I would get an interview. Chris was able to help me organize my resume and supported me in producing an infographic that got my foot in the door. Thanks Chris!”  – Ian Shoemaker, former Head Coach, Central Washington University

“I got 4 interviews using the resume we put together using your system, including an interview to be a middle school Athletic Director and Head Football Coach. The method of developing resume’s around accomplishments not just experience is an outstanding approach. Keep up the good work helping coaches get the opportunities they deserve.” – Brad Cooley, Georgia, Spring 2019 Client

“I would wholeheartedly recommend Chris Fore’s resume service! I was able to update my resume and it has helped me tremendously. Chris is committed to helping coaches and educators further their career. Chris, I’m in Texas, and it is an extremely competitive coaching market and I can say that without a doubt, your product is helpful!” – Houston Moos, Texas, Fall 2018 Client

“When I received my updated resume from Chris, I immediately started using it for my new job search. Almost at once I started seeing much more interest from potential schools. They liked the overall layout of my resume and said that it stood out so much that they had to give it a look.  I will continue to work with Coach Fore to update my resume and I highly recommend it to everyone.” – Daniel Sousa, Mississippi, Fall 2018 Client

“BTW I sent in my resume to 2 schools and got responses from both schools, 1 within an hour and the other on the same day.  I couldn’t be more happy with the job you did for me.” – Jared Brookman

Chris Fore is a current High School Principal in Southern California where he has spent nearly two decades in the field of education.  His experience includes: 10 years as a teacher, 2 years as an Assistant Principal of Athletics, 6 years as an Athletic Director, 4 years as a private school Administrator, 16 years as a high school football coach including 8 as a Head Coach, and 1 year as a Junior College coach.   Fore has also served as an Adjunct Professor in the Department of Kinesiology program at Azusa Pacific University where he taught graduate level courses.

Fore has been an invited speaker to many clinics and conferences such as the Glazier Clinics, the AFCA Convention, the California Athletic Directors’ Association Conference, and local coaching clinics.

Because of his strong background, training and experience in high school athletics, Coach Fore has serves as an expert witness in athletic lawsuits regarding concussions, equipment, hazing, and more.

Chris married Christine in 2004, and they have three children.  The Fores reside in Apple Valley, California.

I loved Coach Fore's course on resume building. I always thought my resume was formatted very well, but after watching Chris's course I realized a ton of improvements I needed to make. Through his guidance I was able to revamp my resume into an eye catching, informative description of what makes me a great candidate. Thank you again Chris Fore for all you do for the coaching profession.

You just booked "An Insiders Guide To Resume Building "