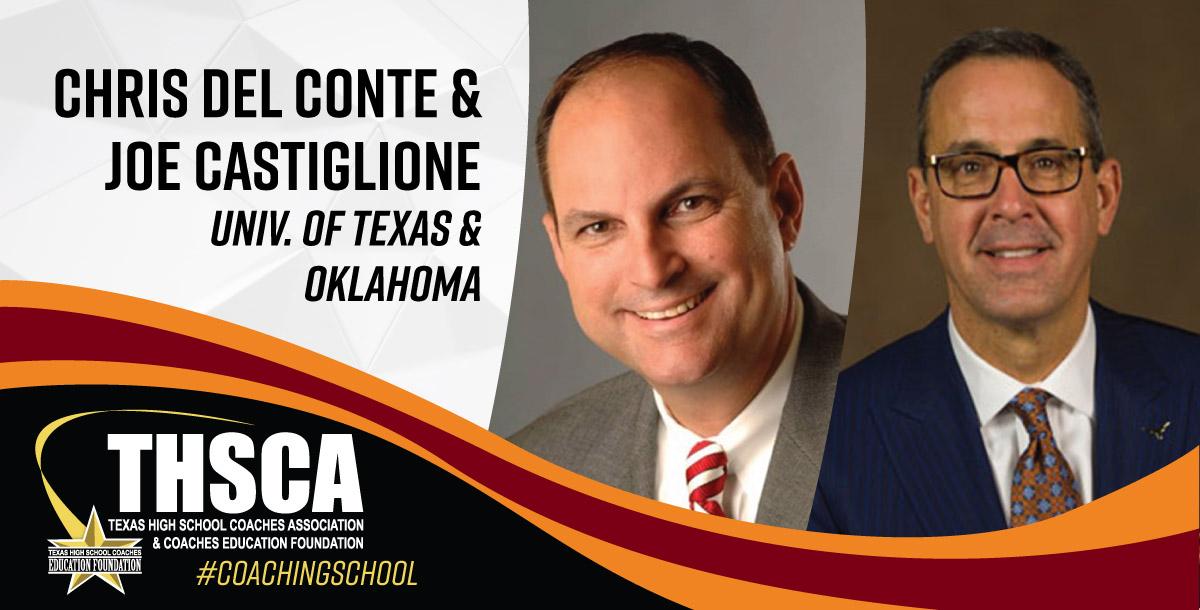 Lecture Title: Steady the Ship: How to Lead in an Era of Uncertainty but Still Keeping People Moving Forward

Lecture Title: Steady the Ship: How to Lead in an Era of Uncertainty but Still Keeping People Moving Forward

Joe Castiglione is now in his 25th year at the University of Oklahoma and he leads an athletics Department that hardly resembles the one that welcomed him in July of 1998. In fact, the Sooners have won 22 of their 41 team national championships since he arrived in Norman and have earned 101 conference titles during that same period. The Learfield Director’s Cup recognizes overall program excellence and the Sooners have ranked among the top 25 in 19 of his 24 years. Castiglione has made OU Athletics a “destination of choice” and a world-class experience for student-athlete development by creating a positive culture based on core values, a dynamic vision and a collaborative spirit. The Sooners continue to set records for GPA numbers and graduation rates. The 2022 spring semester marked the 21st consecutive that OU's student-athletes as a group recorded a 3.0 or better GPA. Just as impressive, the latest graduation success rate report (2021-22) reflects an OU-record 89% figure. OU Athletics, one of the few remaining self-sustaining departments nationally, has been a model of fiscal responsibility. Castiglione’s responsible approach has benefited the general campus. Through direct and indirect support, the athletics department provides more than $9 million annually to OU’s academics budget. As a leader in intercollegiate athletics, he most recently completed a term on the College Football Playoff Committee in January 2021, making him the only person in history to serve on that committee as well as the NCAA Division I Men’s Basketball and Baseball committees. The Fort Lauderdale, Fla., native is married to the former Kristen Bartel and they are the parents of two sons, Joseph Jr. and Jonathan.

University of Texas Vice President and Athletics Director Chris Del Conte is a proven, well-regarded and nationally recognized athletics administrator who has a long history of leading highly successful athletic departments. In his fifth year at UT and 17th year as an athletics director overall, Del Conte has strong ties to the Lone Star State, having spent a dozen years at TCU and Rice before taking over leadership of Texas Athletics on December 9, 2017. His 30 years of experience as a collegiate administrator are wide-ranging and far-reaching with previous stops at Arizona, Washington State and Cal Poly.

Del Conte received a bachelor of arts degree in sociology from UC Santa Barbara, where he was a track and field student-athlete, and a master's degree in education, administration and supervision from Washington State.

Del Conte is married to Dr. Robin Ward and has two daughters, Sienna and Sophia.