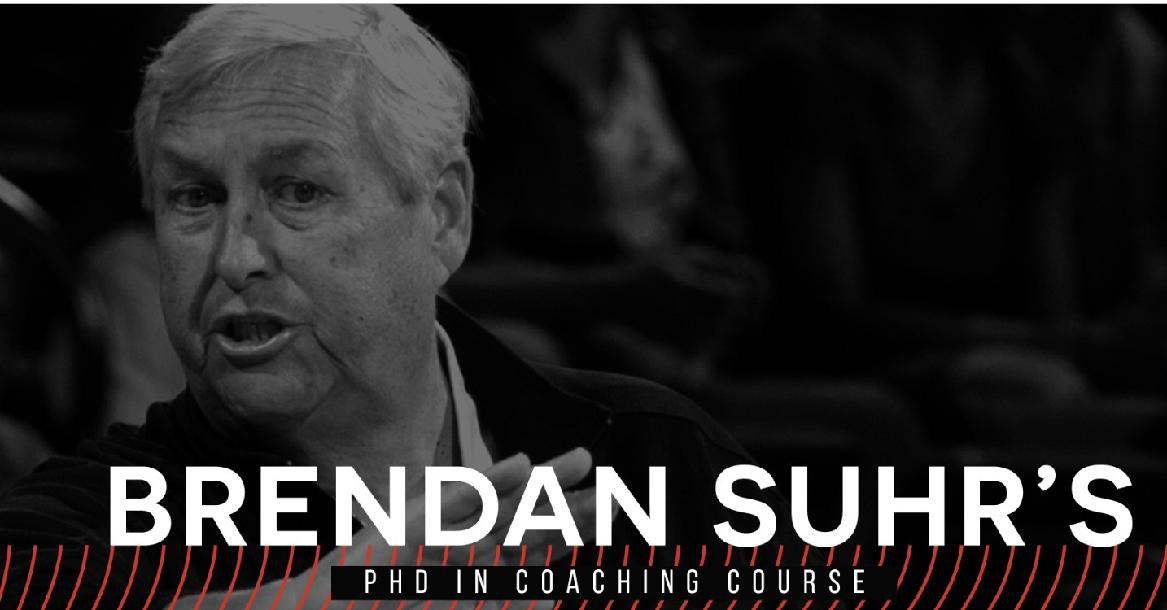 This course is designed for coaches in any sport and is fully dedicated to the Art of Coaching.

In this course, you will get an inside look at the 45 years of experience Coach Brendan Suhr has in coaching as he shares his knowledge and expertise as it relates to anyone who wants to develop their skills as a coach including: Head Coaches, Assistant Coaches and Support Staff members at all levels.

This course contains 13 video lessons taught by Coach Brendan Suhr himself, interviews with thought leaders in various fields related to coaching as well as an accompanying workbook that will give you a fully immersive learning on-demand experience that is second to none.

Each lesson is filled with practical knowledge Coach Brendan Suhr has obtained over time as he has worked with Hall of Fame coaches Chuck Daly, Hubie Brown, Dick Vitale, Lenny Wilkins and Mike Krzyzewski while coaching some of the world's most historical teams including the Back-to-Back NBA Champion Detroit Pistons "Bad Boys" and the 1992 “Dream Team” who won the Gold Medal for the United States at the Barcelona Olympic Games who many experts believe to the best team of all time.

Also included are new learning segments unique to Coaching U which we refer to as "Timeouts" which are 1-on-1 interviews with thought leaders in various fields related to coaching such as:

Coach Brendan Suhr is viewed as one of the most respected figures in basketball with nearly 30 years as a coach and executive in the NBA and 13 seasons as a coach at the collegiate level. He has been a part of some of the most historical basketball teams of all time while winning back-to-back NBA Championships with the Detroit Pistons “Bad Boys”, as well as the 1992 “Dream Team” who won the Gold Medal for the United States at the Barcelona Olympic Games. He developed his “Servant Leadership” mentality while working as an Assistant Coach under Hall of Fame coaches Chuck Daly, Hubie Brown and Lenny Wilkins.

During his coaching career he has coached some of the world’s best players such as Hall of Famers Isiah Thomas, Joe Dumars, Michael Jordan, Dominique Wilkins, Magic Johnson, Larry Bird, Charles Barkley, David Robinson, Karl Malone, Dennis Rodman and most recently the #1 Selection in the 2016 NBA Draft and 2018 NBA Rookie of the Year, Ben Simmons.

Coach Brendan Suhr has a passion for developing effective leaders. His extensive background in the coaching world spans over 45 years as a coach and consultant who specializes in coaching, leadership, team building and culture. His expertise in the coaching world is accompanied by his ability to teach those in leadership/management positions to coach and develop the people they lead, this includes an extensive background with one of the most challenging parts of our athletic teams and workforce today: Millennials. His often used term “I don’t coach players, I coach people” is a testament to his authenticity and personable approach in teaching and leadership. His unique ability to relate and reach people of different age groups, backgrounds, ethnicities and beliefs truly separate him from the competition.