How to Successfully Navigate Your Coaching Career 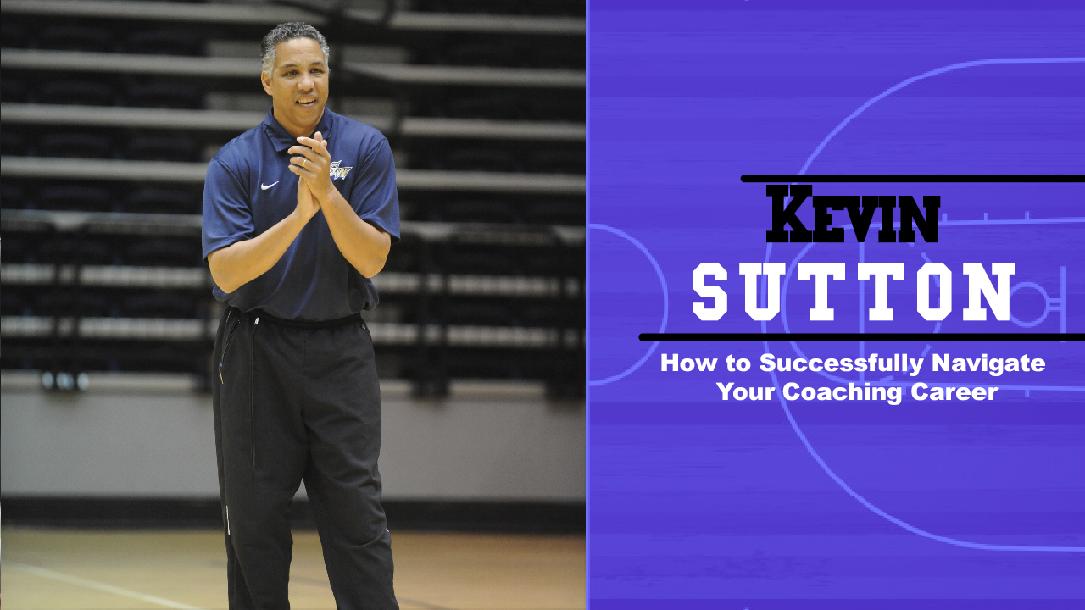 In this course, Coach Kevin Sutton teaches you how to navigate your coaching career on the basis of looking inward and being true to yourself. He makes 8 Fantastic Points you need to know in order to make a plan for navigating your career. If you are a couch needing help making plans for the future or how to get promoted to the next level of coaching, then this is the course for you.

Coach Kevin Sutton is an experienced veteran coach that collected over 30 years of coaching experience in College, High School, and International level. At the beginning of his career, Coach Sutton had tremendous success at Highs School and Prep Level, where he had 489–102 record and won two national championships while sending dozens of players to play in college and professionally. At Montverde Academy, Coach Sutton coached 7 nationally-ranked teams and produced 55 D1 basketball players, while 3 of them were All-Americans. Coach Sutton then had transitioned to college level, coaching high-level teams like Georgetown, Pittsburgh, George Washington, and currently Rhode Island.

Coach Sutton was also an assistant coach for U16 USA National Team, where he coached players like Austin Rivers and Anthony Davis

You just booked "How to Successfully Navigate Your Coaching Career"