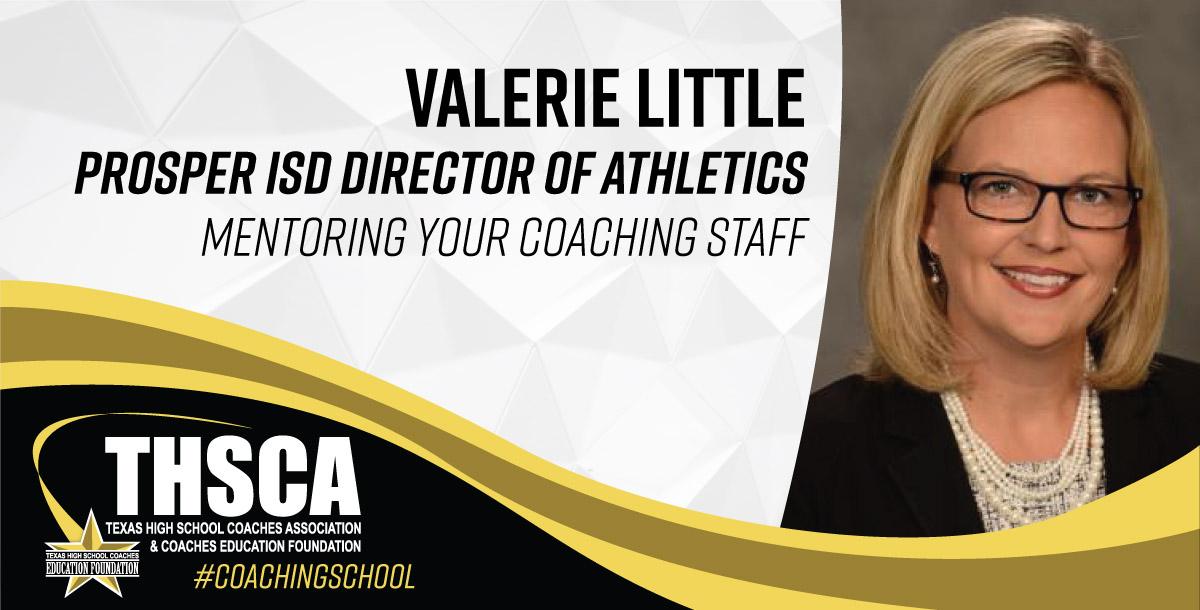 After 15 years in Coaching and Administration in McKinney ISD, Valerie Little took over the Director of Athletics position in Prosper in March 2017. Coach Little served as a basketball and track coach for nine years in McKinney ISD. She worked her way up the ranks becoming the Assistant Campus Coordinator, Title IX Coordinator and Assistant AD in 2010 before being named the Associate Director of Athletics in 2011 where she served until coming to lead the Prosper program in 2017. Since arriving in Prosper, Coach Little has been instrumental in the development and growth in multiple programs which helped the district earn the coveted UIL Lone Star Cup for the 2018-2019 school year. She oversees an athletic department that includes 12 campus coordinators, with the openings of Rushing Middle School and Rock Hill High School, over 150 coaches, athletic trainers and support staff as well as coordinating activities at the district’s athletic facilities.