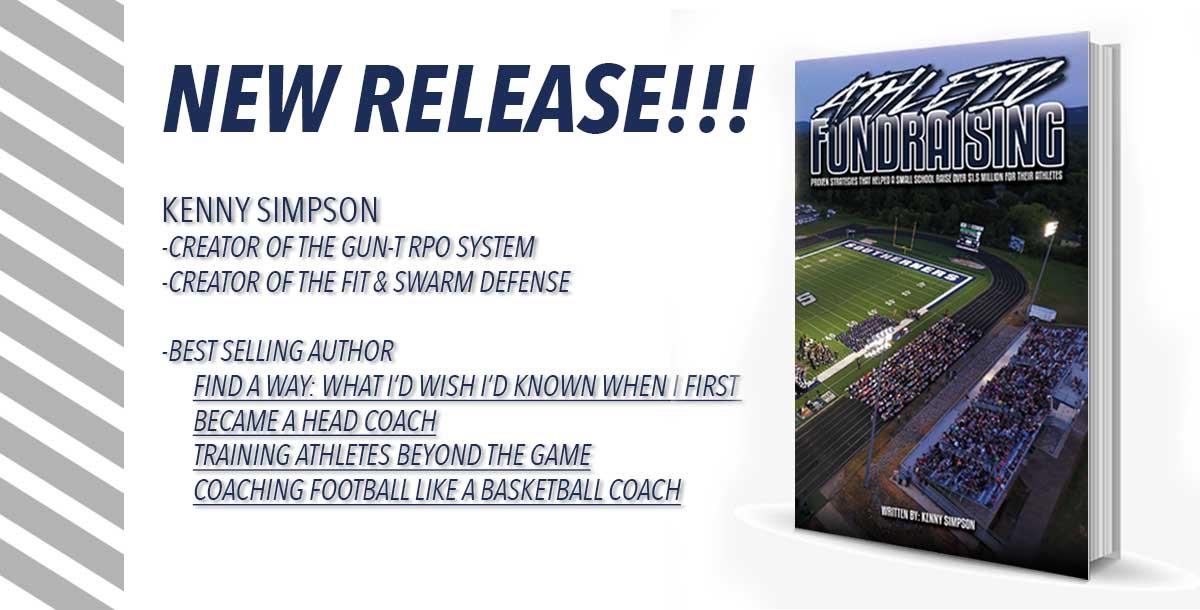 THIS BOOK IS NOT DOWNLOADABLE - If you would like a physical copy it is available at FBCoachSimpson.com/downloads

For those looking to find ways to fundraise effectively, this 108 page book will walk through how a small school raised over $1.5 million in 8-years to improve their facilities.

What not to do in fundraising

Think outside the box

Actual campaign used to get a $250K video board

Coach Simpson has served at three schools as the Head Football Coach: Searcy High School, a 6A school in Arkansas in 2020.  Before Searcy, he was the Head Football Coach at Southside Charter.  Taking over a program that had won eight games in five seasons and had been on a 20+ game losing streak, Simpson has led Southside to the playoffs for four-consecutive seasons and won two conference titles in the past three seasons. For his efforts, he was named 4A-2 Conference Coach of the Year (2017), named to the as a finalist for Hooten's Coach of the Year (2017) and has been the All-Star Nominee for the 4A-2 (2016 and 2019). He was also selected to coach in the 1st FCA Texas-Arkansas All-Star Showdown (2021). Simpson’s teams have qualified for the playoffs the past 5 consecutive seasons.

Coach Simpson wrote his first book in 2019. He has since released 7 other books. Find A Way: What I Wish I'd Known When I Became A Head Football Coach, he has been a three-time best seller on Amazon in several categories.

Prior to coming to Southside, Simpson took over as Head Coach at Alabama Christian Academy in Montgomery, Alabama. During his tenure there, Simpson took over a team that had been 4-18 and led them to their first home playoff game in over 20-years. For his efforts he was named Montgomery Advertiser's All-Metro Coach of the Year as well as being voted 4A Region 2 Coach of the Year (2010).

Simpson began his coaching career at Madison Academy, in Huntsville, Alabama. He served as a junior high basketball and football coach, before working into a varsity coaching role in football.