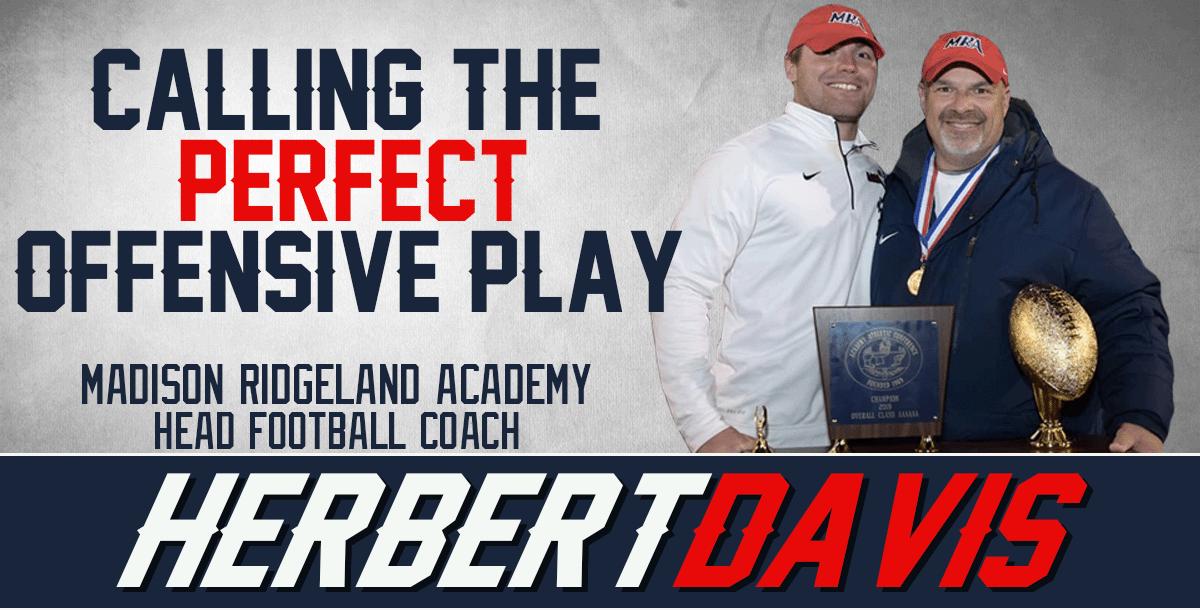 This course will outline how to maximize your play calling from RPOs to Vertical Game as wells as Screens with multiple spread formations.

Herbert Davis just finished his 6th year as the Head Football Coach at MRA. He has 28 years in the coaching profession and 23 as a head football coach.

Davis has compiled a 194-89 won-loss record in 23 years of coaching at both private and public schools. He has earned MAIS state Coach-of-the-Year accolades four times in Mississippi (1993, 1997, 2009, 2019). He also was awarded the 2009-10 All American Football Foundation Gerald R. Ford coaches award. Davis’ teams have competed in the state playoffs 18 times winning four state titles. He is the only football coach in MS to take five different schools to an appearance in the state championship game.

MRA has averaged 42 points per game. They have played 27 games the last 2 years (24-3 record) and have run the clock 17 of those games (vs 4 the previous 4 years).
The Pariots have averaged 76% completion rate on RPO’s the last 2 years. 9 yds per completion, 5.9 per run, also averaging 30.4 yds per completion (51% completion) in our vertical game.
In 2019, MRA's QB (Coached by Davis) set the state record for yards passing in a game with 593. This record was set in the State Championship.