Championship Football: Success is a Choice 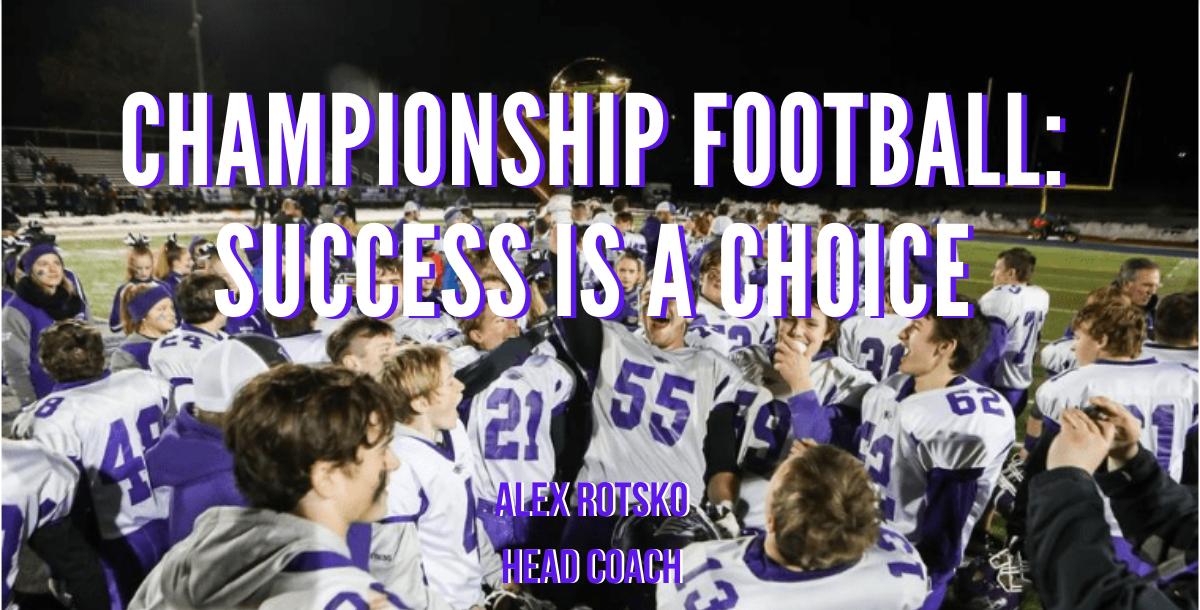 This Course Offers Insight and Analysis Into:

2. Control the Things You Can't

3. Keys for Your Coaching Staff

Coach Rotsko has over 40 years of coaching experience at the high school and college levels. In the last 23 years, his teams have played in 21 state finals and won 16 titles. During his 8 years at Marshwood, the Hawks have posted an 80-13 record and have played in 6 State Championships and 7 Southern Maine Championships. The Hawks were undefeated in 2014 and 2017 and won state championships 5 of the last 6 years. Prior to Marshwood Coach Rotsko was the head football coach and athletic director at Longmeadow High School in Massachusetts. His Longmeadow teams compiled a 184-39 record and were undefeated 4 of his last 9 years. They set records with a 47 game win streak, and 15 consecutive Super Bowl appearances.

They won 11 state titles. Before going to Longmeadow, Coach Rotsko was the head football coach at American International College. He coached several nationally ranked teams and was the 1985 New England College Coach of the Year. He was also an assistant coach at AIC and Ithaca College. In his last year at Ithaca, he was an assistant football and baseball coach, both teams won national championships.

You just booked "Championship Football: Success is a Choice"