Cirilo Ojeda - Aldine HS - Succeeding Where They Say You Can`t 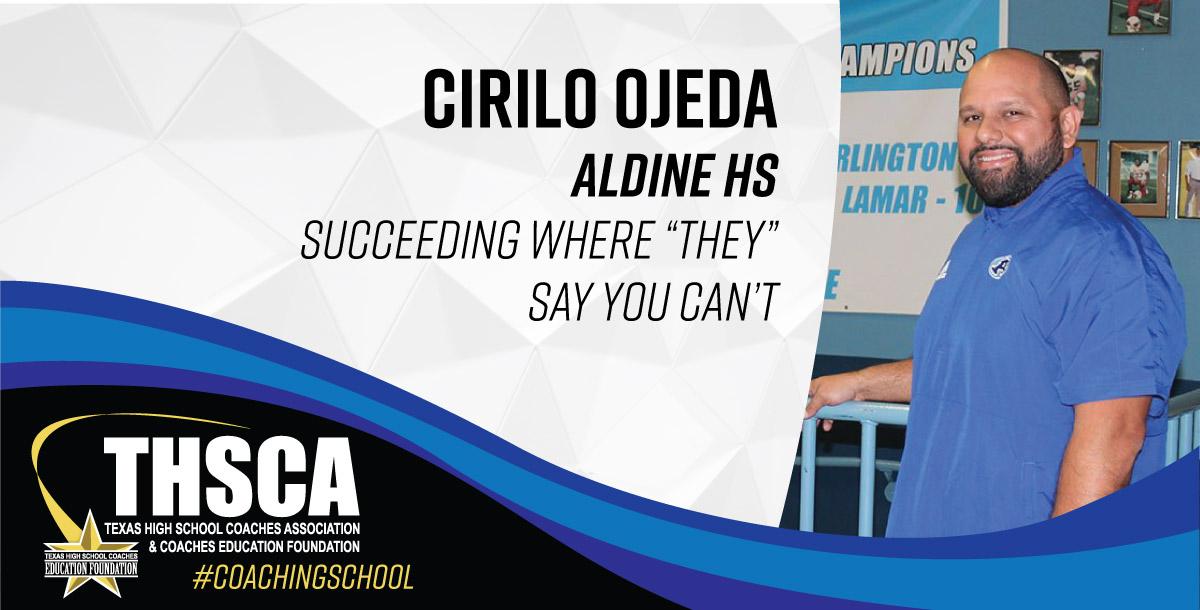 Lecture Title: Succeeding Where “They” say You Can’t

Lecture Title: Succeeding Where “They” say You Can’t

Cirilo Moreno Ojeda, Jr. is married to his high school sweetheart Angela and has a daughter, Ava, and son Nathan. He has a Bachelor of Science in Information Systems Technology from the University of Houston and a Master of Education in Instructional Leadership from Lamar University. This is his 17th year in education and currently serving as the Campus Athletic Coordinator and Head Football Coach at Aldine High School. Ojeda’s teaching roles have included teaching Algebra I, Geometry, Math Models, Intervention Math, and College Algebra. During his coaching tenure he has fulfilled assistant coaching roles in football, baseball, basketball, and track. He has spent most of his career on the offensive side of the ball as an Offensive Coordinator and Weight Room Coordinator. He believes in shared leadership, mentorship and effective communication to help prepare young men and women for their future.