Coaching the Game Changers - Fundamentals on Developing a Complete RB 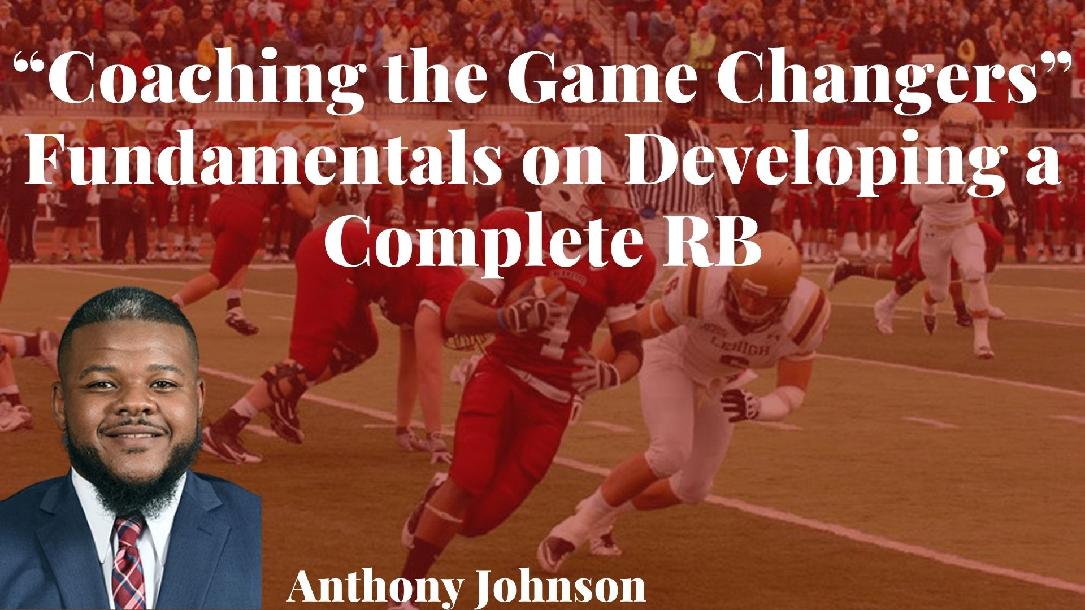 In this course, Coach Anthony Johnson talks about coaching game changers and the fundamentals of developing a complete running back. He mentions the four pillars of a running back as well as the RB philosophy, drills, ball security, and much more.

Simply click the ‘Book This Course’ button at the top right of this page, place your order, and you’ll immediately be logged into the training with full access. Learn how Coach Johnson teaches game-changers, by developing running backs with fundamentals.

Johnson just completed three seasons as the running backs and tight ends coach at Shippensburg University where he also spent time as the running game and recruiting coordinator. Johnson mentored a group of running backs that included All-PSAC Second-Team performer Luke Durkin, who finished the season ranked sixth in the PSAC in rushing yards (918) and rushing touchdowns (10) despite not having a carry in the first three weeks of the season. It was the most single-season rushing yards by an SU player in five seasons. Among the tight ends, Johnson coached D2CCA All-American David Balint III, who set single-season school records for receptions (64) and receiving yards (755) by a tight end. Balint III became the first SU tight end in more than 40 years to finish a season as the team’s leader in receptions.