Conor Hughes- Organization and Management of large teams in the weightroom 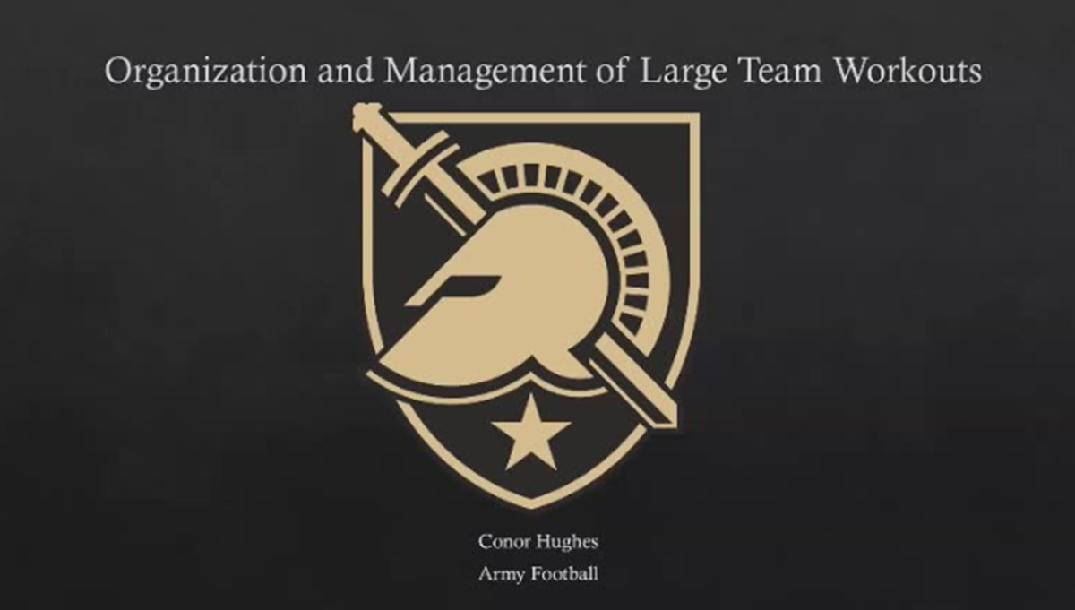 Conor Hughes was named the Head Football Strength and Conditioning Coach at Army West Point in the spring of 2019 after serving two years as an assistant. Hughes came to Army West Point after spending six seasons at the University at Albany as the Director of Football and Men’s Basketball Strength and Conditioning. He was in charge of all physical development for the 2011 and 2012 NEC Championship football teams and the 2013, 2014 and 2015 America East Champion men’s basketball team. Prior to Albany, Hughes was the Head Strength and Conditioning Coach at Iona College in 2010 and implemented all aspects of a training program with all 21 Division I sports at the Gaels. He went to Iona after a stint at Albany as an assistant strength and conditioning coach in early 2010. He worked with women’s basketball, women’s soccer, men’s soccer and the track and field squads. Hughes was a four-year member of the Springfield College football team. Following his 2008 graduation, he was an intern with the football strength and conditioning staff at Georgia Southern, then moved on to become a graduate assistant at Albany from 2008 to 2009.