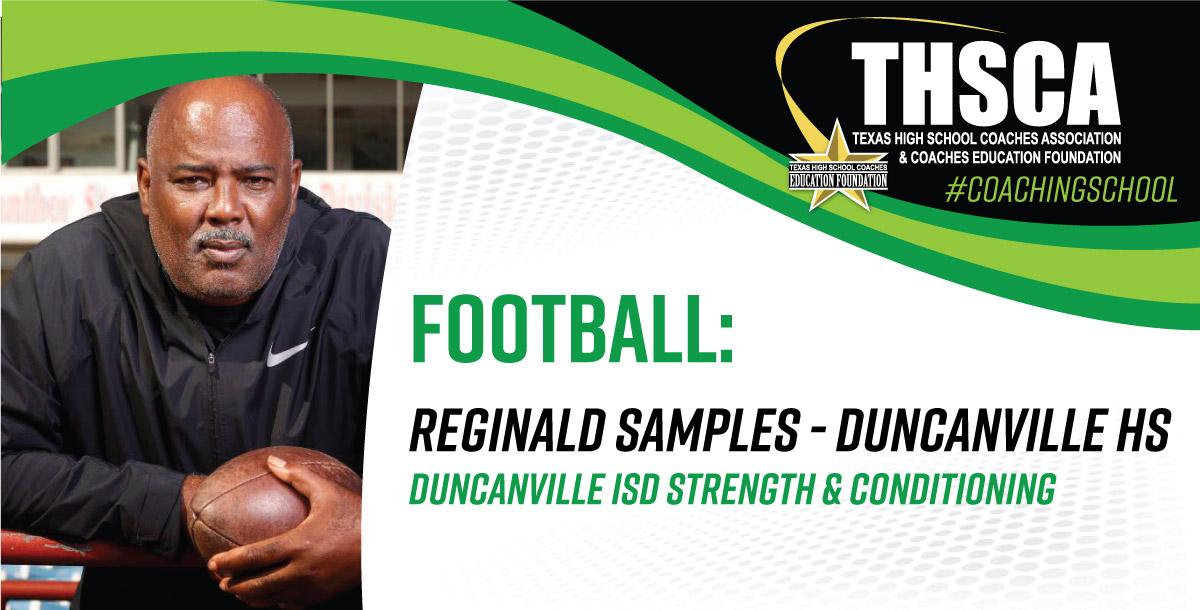 Duncanville High School Head Football Coach Reginald Samples is on the verge of celebrating his 300th career win. His record speaks for itself - Coach Samples creates a winning culture wherever he goes. In his six years at Duncanville ISD, Coach Samples’ football teams have amassed a record of 63 wins and 16 losses. Two back-to-back seasons culminated in a bid for the state championship. Prior to arriving in Duncanville, Coach Samples served as head football coach for 25 years in the Dallas Independent School district including nine years at Skyline High School. During Samples’ time there, the Skyline football team participated in the state playoffs every year accumulating 19 playoff wins in six seasons. The Skyline football team won six straight district titles. During his distinguished 33 years coaching career, Coach Samples has received numerous awards and recognitions. The most prestigious of those came in 2019 when USA Today named him its ALL-USA Football Coach of the Year.

Ten Things Football Coaches Get Wrong Coaching Speed and How to Fix It by Track Football Consortium TFC
Views: 1564
$24.99