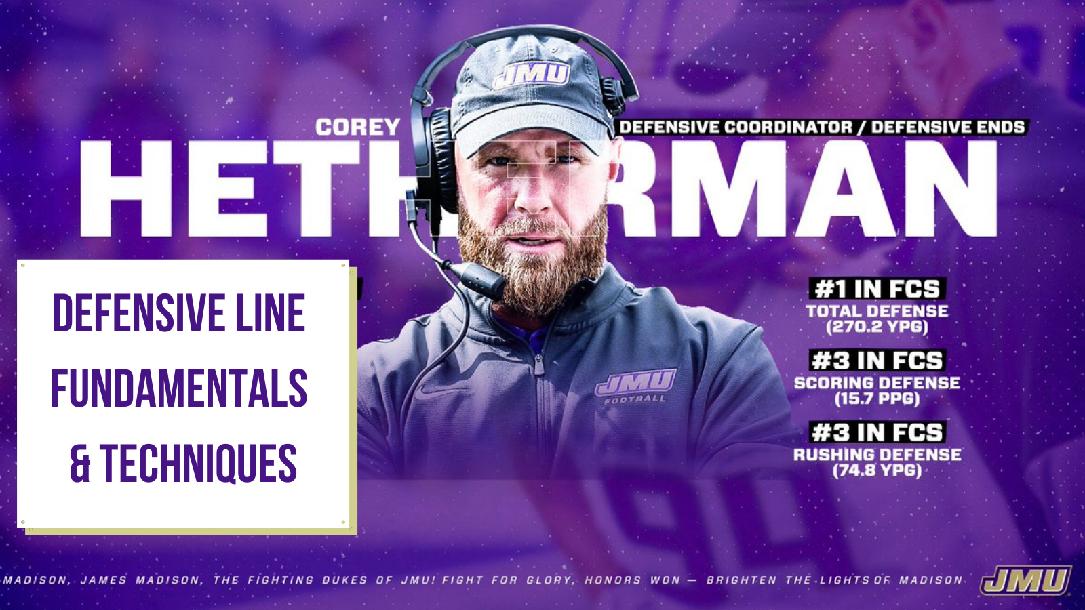 “A good defensive lineman has to be part buffalo and part ballet dancer.”

In order for that to happen, there must be two things in place: proper fundamentals and technique. Without the two you’ll have straight concrete poles as your defensive line. Incorporating the basics and techniques necessary to succeed will allow you to develop the buffalo that can stop the run and the ballet dancer who comes off the edge with athleticism and speed to beat the blocker and sack the quarterback.

What are the fundamentals & techniques for defensive linemen?

Practicing fundamentals like block destruction, tackling, identity and takeaways can greatly enhance a player's abilities to impact a game. The number one objective is to stop the run. Less than three yards a carry, that's the goal.

Technique goes a long way. Starting from your launch/ gett off time to your ability to have proper use of hands and feet. A buffalo can explode off the line and make their opponent step back. A ballet dancer can maneuver off the edge with graceful footwork and fast hands.

It's important to create an identity and set a mentality for your line. You want violence out of your line, intimidate the opposing team. Swarm the opposition with relentless pursuit, collapse the pocket with ease. And most importantly, love what you do and do it as a group.

In this course, James Madison University Defensive Coordinator and Defensive Line Coach Corey Hetherman goes in depth on their philosophy, fundamentals, get offs, block destruction, techniques, and double teams that has helped produce one of the best FCS defenses in the country. He discusses his use of the 4-2-5 attacking style defense and how it has been successful.

Simply click the ‘Book This Course’ button at the top right of this page, place your order, and you’ll immediately be logged into the training with full access. You’ll hit the ground running and begin improving your defense line today!

In his first season, he guided one of the nation’s top defensive units, which led the FCS in total defense (270.2) and first-down defense (14.56) and ranked third in rushing defense (74.8).