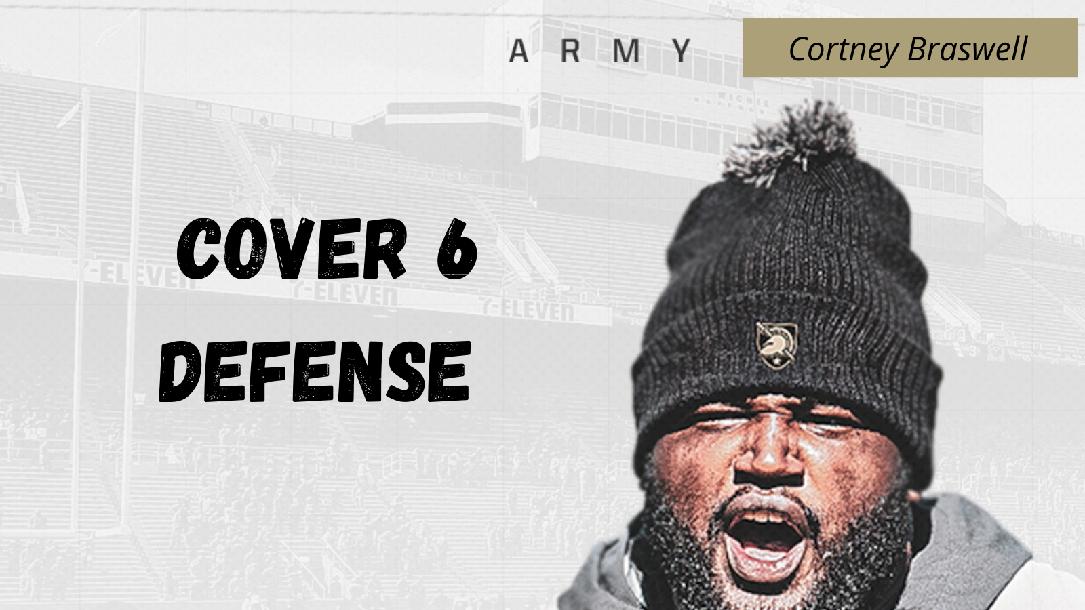 What is a Cover 6 defense?

On Cover 6, the defensive strength should be assigned to the Field instead of the offensive formation or front line, and personnel should be arranged by player on the Field side and the player on the boundary side. During Cover 6, the field safety and corner positions cover four quarters of the field, with the outside linebacker supporting underneath. Cover 6 defense is a weak ( boundary ) reduction, a mixture of cover 2 & 4. This coverage is commonly used in today's modern day football.

This Cover 6 combines the strong safety of the Cover 2 (that covers the field on half of the side) with the cover 4 of the opposite side. This particular coverage is widely used on both collegiate and professional levels because of its advantages.

As mentioned, Cover 6 combines the best of Cover 2 and Cover 4. On the boundary, Cover 6 uses a Cover 2 corner. The boundary corner is in excellent position to cover outside runs and flat passes. The safety stays far above the line to support the boundary corner on any deep pass. The field corner plays a deep coverage, reads the no. 1 wide receiver and plays all outside patterns. The Cover 6 is also good for calling a corner blitz from the weak side, and having the linebacker cover flats instead.

If you're looking to incorporate this coverage into your defense and do it with success. You found what you've been looking for. Introducing,

In this course, Army’s assistant defensive coach Cortney Brawell discusses his incorporation on the Cover 6 and its variations. He breaks down 2x2’s and in game examples, as well as the slow 3x1, fast 3x1 and the stretch. Everything you need to play an effective Cover 6 defense.

Cortney Braswell is an assistant coach on the defensive side of the ball for Appalachian State University. He was a former coach at Louisville University, where during his one season working for former App State head coach Scott Satterfield, Braswell helped the Cardinals to one of the biggest turnarounds in college football with an 8-5 record and a win over Mississippi State in the Music City Bowl.