Course 2: POWER READ with and without Jet-Rocket Motion 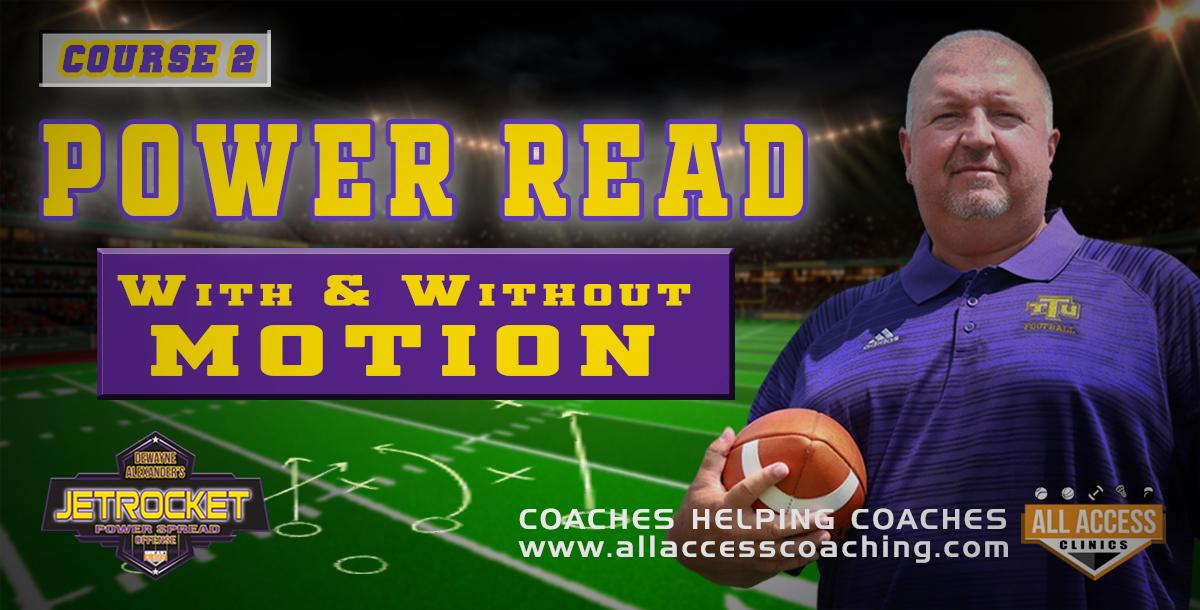 How it deals with a problematic defensive end, especially at the D-1 level.

Coach Alexander demos Jet Power Read out of multiple sets, with and without motion.

Demos include successful implementation against a variety of defenses.

Coach Alexander goes into detail on the timing and type of personnel needed to run the Jet Power Read.

Dewayne Alexander just finished his 2nd season coaching at his Alma Mater and has put Tennessee Tech back on the college football map with its first winning season since 2011 and only the 2nd winning season in 13 seasons.  Tech was 1-10 when Coach A took over and enjoyed the largest turnover in all levels of NCAA football last year.

At the collegiate level he has been both an assistant and head coach.

A 1989 graduate of Tech with a bachelor's degree in political science, followed by a master's in educational leadership in 1998, Alexander lettered for three seasons with the Golden Eagles from 1985 to 1987.

You just booked "Course 2: POWER READ with and without Jet-Rocket Motion"