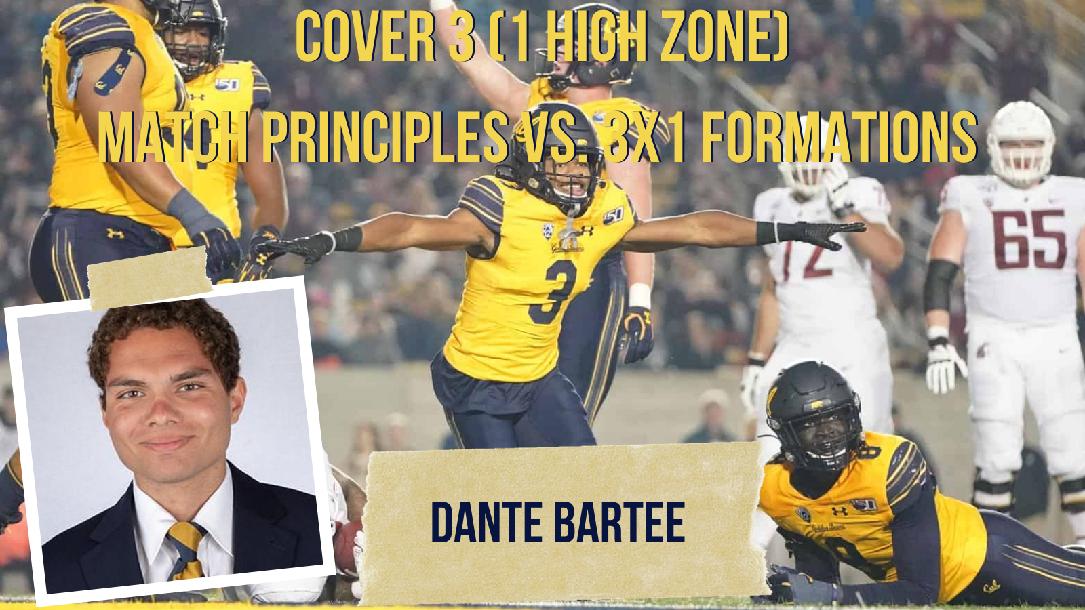 This course is a continuation of Coach Bartee's first and second course offerings:

This course goes deeper into the scheme by detailing Match Principles that allows a defense to play cover 3 and 6 and 1 High Match vs. 3x1 Offensive sets.

Once again, Surface to Air System (S2A) presents this course with the dual purpose of learning little known and seldom taught fundamentals of coverage, as well as understanding how our offense will be defended.

This course is packed with Coach Bartee teaching the scheme on both the white board and through game film.

-Teaching the Take Back Concept

-How to react to Back Fast to the Flat

-Defending and Aligning to 20 Personnel

If you want to learn MOFC Zone match principles, Get all of Coach Bartee's Courses

A must have course if you are considering running 1 high zone match.

Great course! Coach Bartee, breaks down on the little details on playing Match 3 against 3x1 sets. He goes through terminology and explains what it all means, he also does a great job of showing key concepts that county cover 3 teams face as well as any patterns that give match 3 challenges. Bartee always explains the "WHY" they are doing what they do and how to do it.