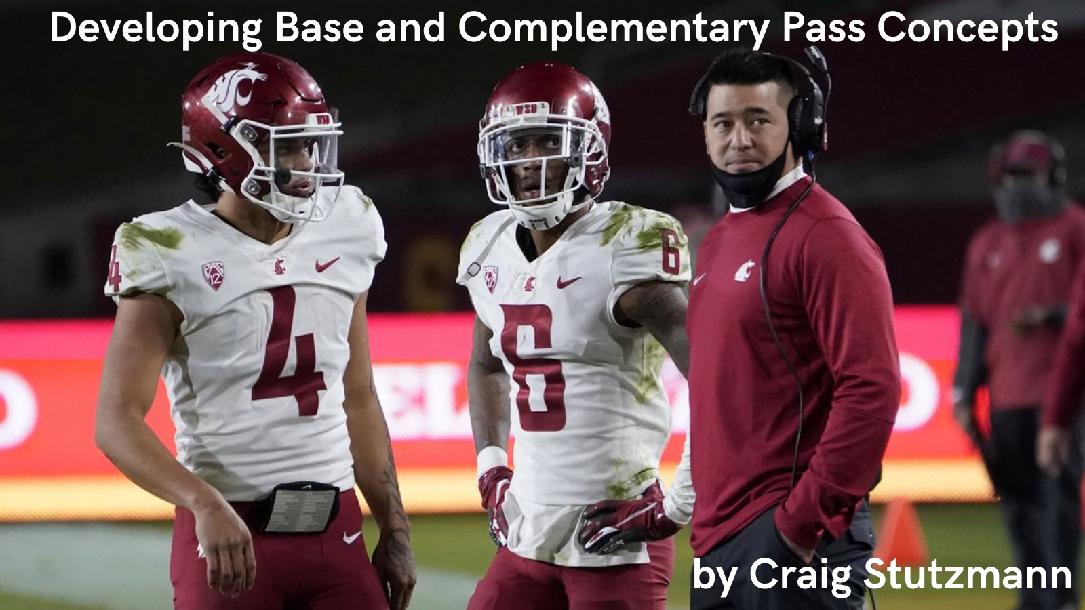 Coach Stutzmann discusses the implementing the 5 senses and goes in depth about running various routes against different coverages.

Stutzmann worked the past four seasons in the same role for coach Rolovich at Hawai’i, helping UH to three bowl games including a 10-5 mark and Hawaii Bowl win over BYU in 2019. The former Hawaii wide receiver helped direct a Hawai’i offense that improved in total offense and passing offense in each of the past four seasons, producing the country’s ninth-rated passing offense in 2018, the fifth-best passing attack in 2019 and an offense that averaged over 30 points-per-game in each of the past two seasons. Last season, Stutzmann was named one of six finalists for the FootballScoop National Quarterback Coach of the Year after mentoring two-time All-Mountain West Conference quarterback Cole McDonald.Prior to his return to Hawai’i, Stutzmann coached two seasons (2014-15) at Emory & Henry College in Virginia where he served as offensive coordinator and quarterbacks coach. As the primary play-caller for E&H’s spread-and-shred offense, the Wasps averaged 36.6 ppg and 466 yards/g in his first season and 32.7 ppg and 440.0 yards of total offense in 2015. Stutzmann, also spent two years (2012-13) coaching the wide receivers at Weber State in Ogden, Utah and one season (2011) at Division III Rhodes College in Memphis, Tenn., where he helped the Lynx average nearly 300 passing yards per game, which ranked 15th nationally.