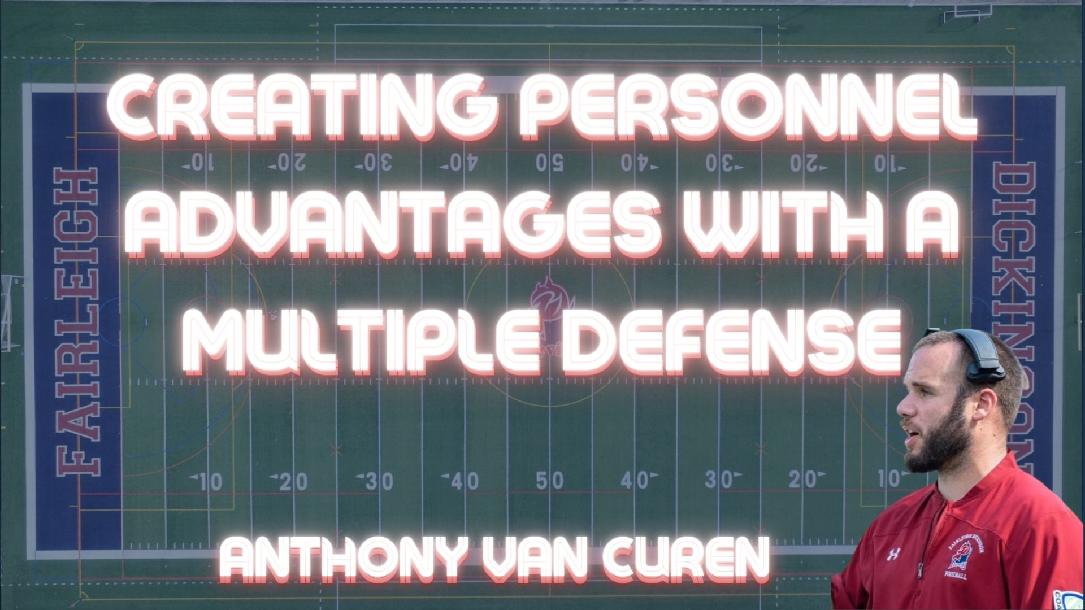 In this course, Coach Anthony Van Curen discusses how to create personnel advantage with multiple defenses. He shows under 3, looks, and 3rd down game tape.

Simply click the ‘Book This Course’ button at the top right of this page, place your order, and you’ll immediately be logged into the training with full access. Learn how Coach Anthony Van Curen creates personnel advantage with multiple defenses today!

FDU-Florham Director of Athletics Jenn Noon has announced that Anthony Van Curen’s interim tag will be removed and he will be named as the sixth football head coach in program history, effective immediately. Van Curen, who served in numerous roles within the Devils’ football organization from 2014-16 and from 2019-22, including Video Coordinator, Defensive Line Coach, Academic Coordinator, Recruiting Coordinator, Special Teams Assistant, Defensive Coordinator, Interim Head Coach, and now Head Coach, has been able to transform the program into a team that is highly competitive within the Middle Atlantic Conference (MAC). Van Curen coached a defensive unit in 2021 that saw lineman Kenny Hands earn D3football.com All-America honors and ECAC Defensive Player of the Year accolades.

You just booked "Creating Personnel Advantages with a Multiple Defense"