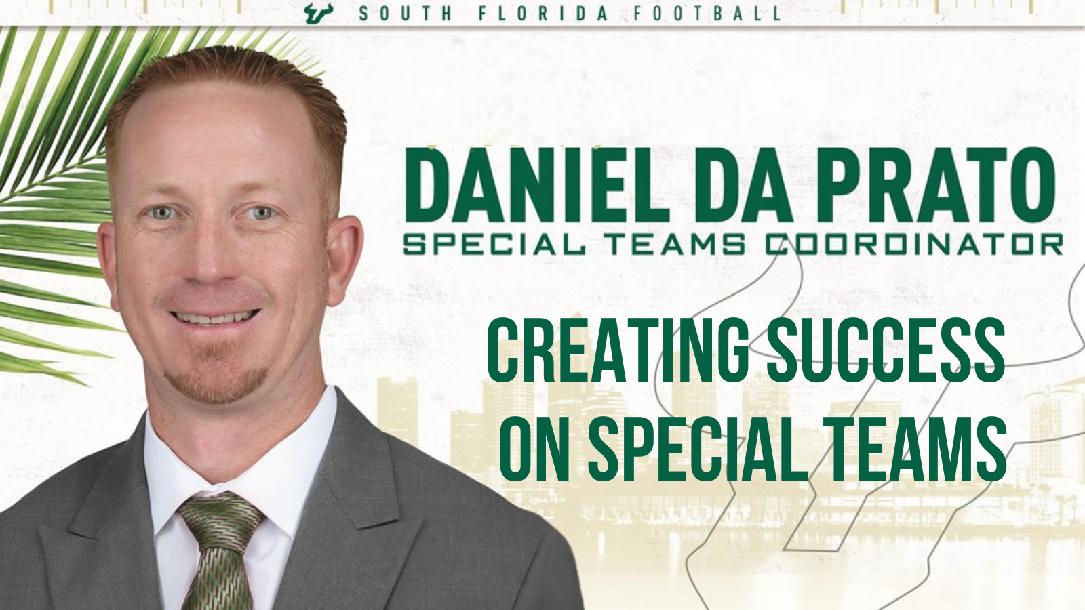 Jeff Scott said, “He brings 15 years of coaching experience to Tampa and has spent most of his career working with special teams and producing some outstanding specialists at several stops both at the FBS and FCS level.” Prior to his time in Arkansas, Daniel spent three seasons in Colorado, where he produced three different All-Pac 12 receivers and on special teams.

Da Prato began his coaching career at the University of Louisiana-Monroe, his alma mater, where he served as a graduate assistant for the offense for the 2004-05 seasons and was later promoted to the director of operations and recruiting coordinator in 2006.