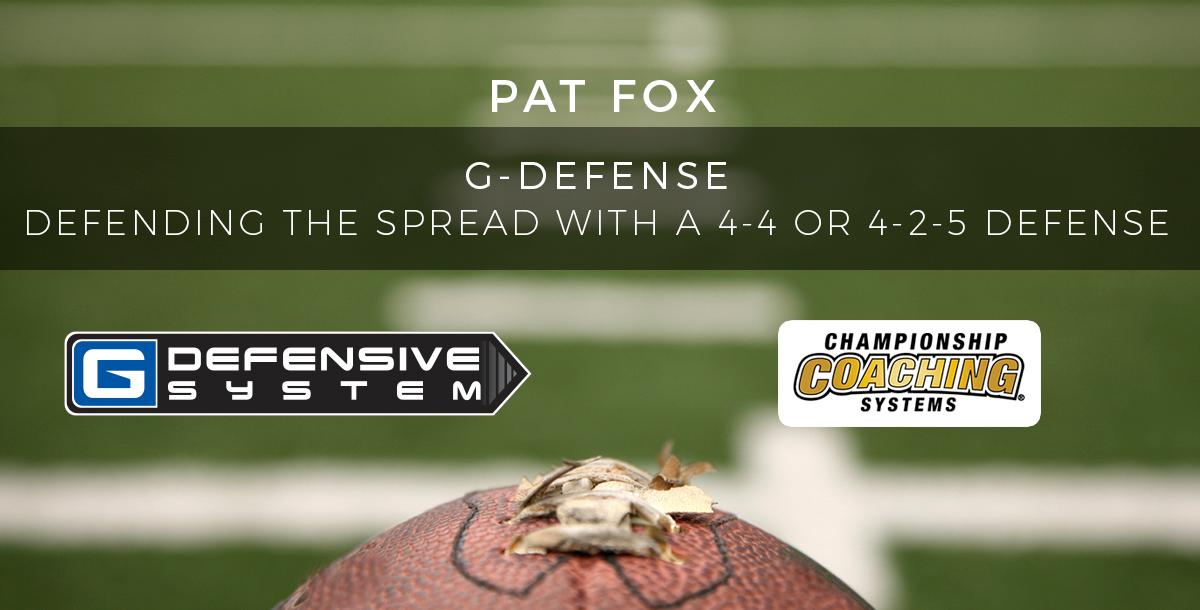 No doubt the 4-4 defense has been a mainstay in our game for decades and will be for years to come.  It is a sound run-stuffing scheme against 21 and other heavier personnel, but it is not always the best answer when facing a full spread-it-out tempo offense.  Coach Pat Fox has been running this defense for years and has adapted the defense to face today’s spread schemes, including RPOs.  Join Coach Pat Fox as he clinics other coaches about stopping the spread by adapting his 4-4 scheme to frustrate spread offenses.

Coach Fox does an excellent job of showing how to defend the spread with coverage, zone pressures and man pressures.

This is one of the best defensive clinics I’ve ever seen. Coach Fox explains this Defense so well. This defense can be run against any offense from the spread to the wing-t.

Great course. I had the pleasure of listening to him person recently in Atlantic City, NJ