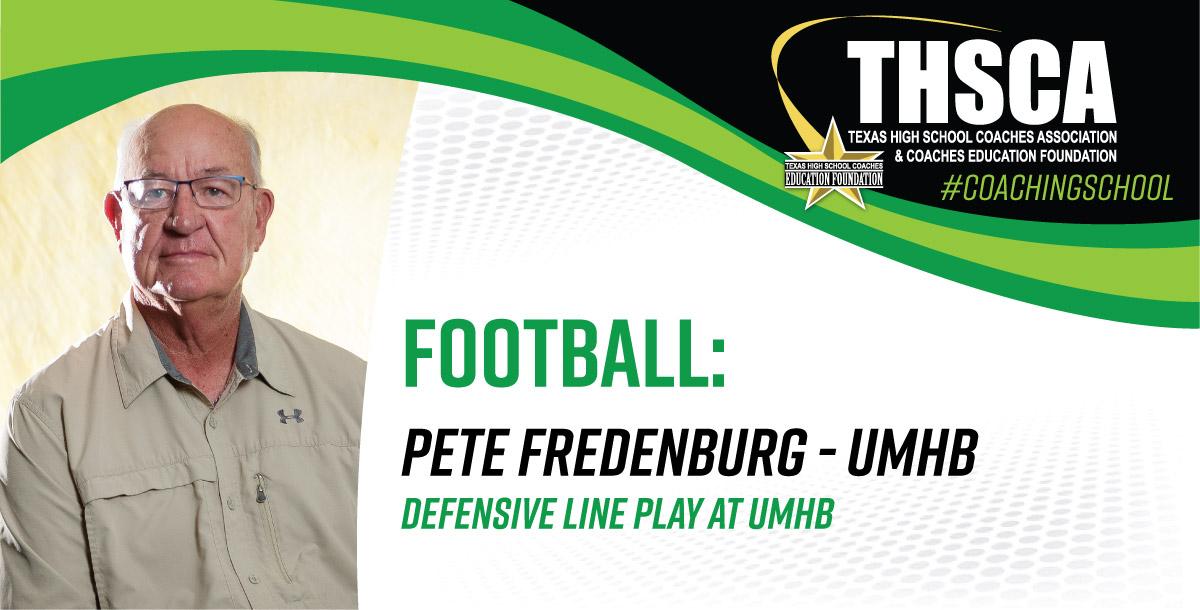 Fredenburg was an assistant coach at Baylor University from 1980 to 1993 under legendary coach Grant Teaff and he coached the Bears in the Cotton. Liberty, Copper, John Hancock and Bluebonnet Bowls in that time. He was named Southwest Conference Defensive Coach of the Year in 1990. Fredenburg also spent one season at Louisiana State University and three seasons as defensive coordinator at Louisiana Tech before joining UMHB.

Coach Fredenburg and his wife, Karen, have three children and nine grandchildren. His youngest son, Cody, was a four-year starter at quarterback for UMHB and was a 2003 Gagliardi Trophy Finalist. Cody also served as the Cru’s offensive coordinator during a four-year stint as an assistant coach at his alma mater.