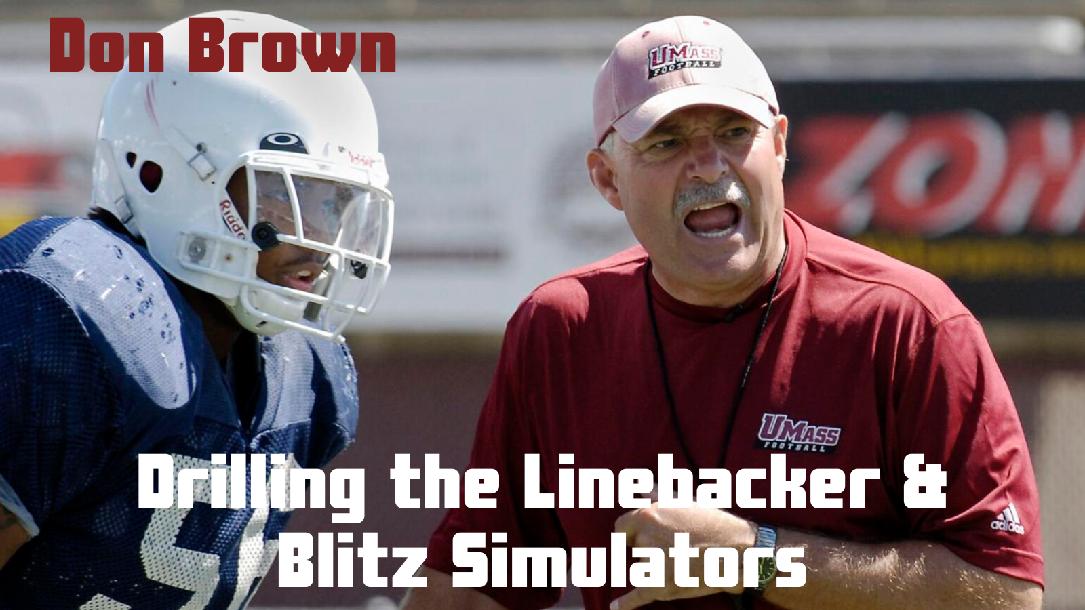 Don Brown shares the drills he uses to develop the linebackers at Michigan, Arizona, and now Umass.  He covers every aspect of linebacker development: footwork, block destruction, posture, tackling, coverage and pass rush.  He also shares "blitz simulators" which he believes is a concept that can be adopted by any defense to create pressure on the quarterback while remaining sound in coverage.  Coach Brown shows examples of how he creates the simulators.

This course is packed with what you need to deveop and prepare your linebackers to win on game day.

Don Brown is now the Head Coach at the University of Massachusetts.

One of the most respected and honored defensive coaches in college football, Don Borwn was hired by Arizona Football head coach Jedd Fisch as the Wildcats defensive coordinator on January 7, 2021.

Coach Brown, is known for his aggressive and blitz-heavy attacks, which has earned him the nickname "Dr. Blitz".

Brown, is a five-time nominee and a 2016 finalist for the Broyles Award that is annually awarded to the nation's top assistant coach. Brown was honored as the American Football Coaches Association Assistant Coach of the Year in 2015.

Under Brown's guidance, the Michigan defense finished among the top 12 units in the nation in total defense four straight years from 2016-19, including a trio of top three performances and a No. 1 ranking in 2016.

During that same four-year stretch from 2016-19 the Wolverines defense led the country in pass defense twice (2016, 2017) and combined to make 16 top 25 appearances in total defense, scoring defense, rush defense, and pass defense.

Before Michigan, Brown spent time as the defensive coordinator at Boston College , UConn, and Maryland.

Brown's experience extends well beyond defensive savvy – during three stints as a head coach at Massachusetts , Northeastern, and Plymouth State, he led his teams to an impressive record of 94-45. Brown led those programs to a combined five conference championships and six playoff appearances. At Massachusetts, Brown led the Minutemen to a 43-19 record in what was the winningest five-year stretch in program history.

Very informative and detailed. I always like to here the why.