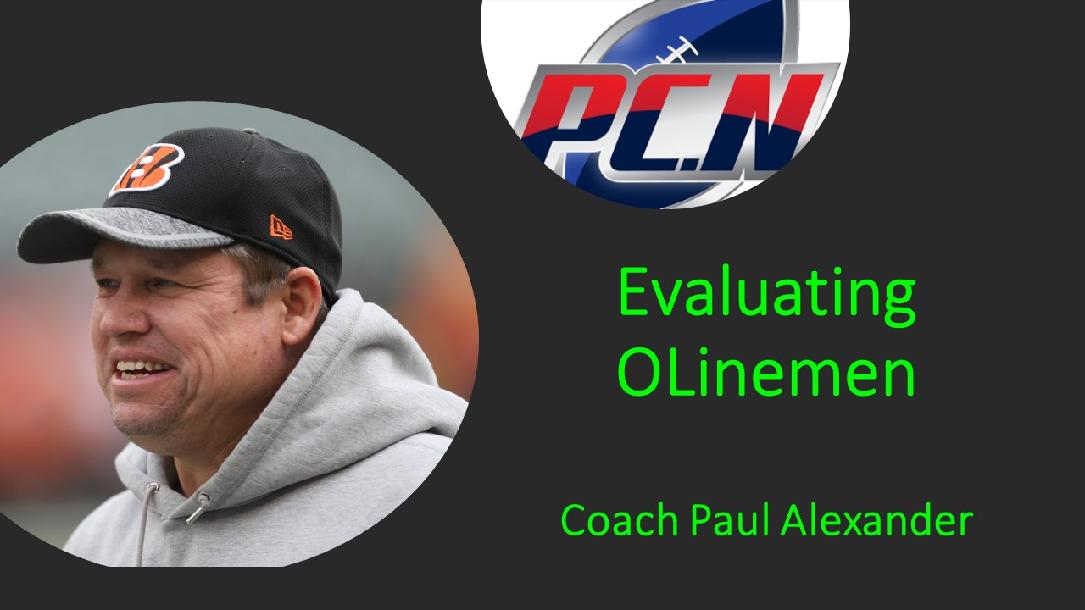 Some say OLinemen are the hardest to evaluate. Coach Alexander, an NFL Coach of 27 years, teaches you how. The course systematically goes through the process and standards of evaluating NFL draftees.

Take the “guesswork” out of the process and learn this proven system of success.

This course is a football course, not just an offensive line course. Any coach looking to organize his thoughts regarding the evaluation of players needs to take this course. Some of the words may change, traits may differ, production may be defined slightly different but the template for success is here. Highly recommend this for everyone and it should be a required course for guys just getting started.

Outstanding! Even as an NFLPA agent of 30 years, I learned a great deal from @coachpaulalex course EVALUATING OLINE. A must for coaches, scouts and agents! - Bruce Tollner, REP 1 Football.

Amazing, ton of knowledge for anyone who loves O-Line play!