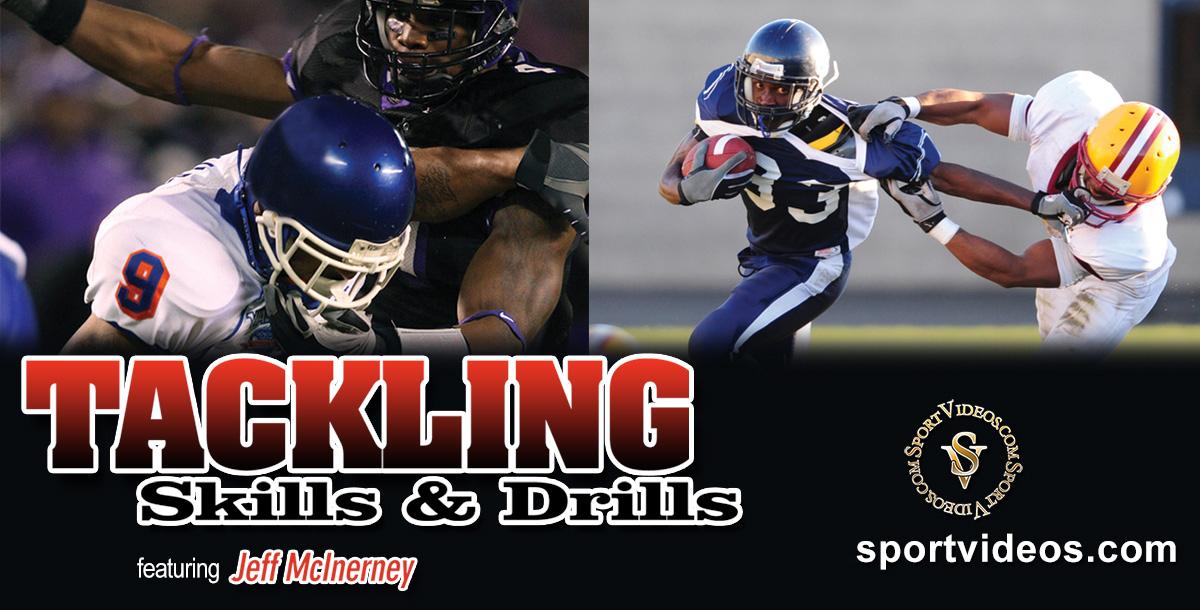 Knowing how to tackle properly is essential for every football player at any level of competition. In this comprehensive video, Coach Jeff McInerney provides coaches and players with numerous tackling fundamentals they need to be successful and safe. Among the topics covered are: hip extension and leverage, front tackle, angle tackle, wrap and roll, ankle sweep, chase tackle and angle pursuit tackle. The skills and drills are taught in a progressive and easy-to-understand manner. This video will help you understand and implement safe tackling methods.

Jeff McInerney has been coaching collegiate football for over 30 years. He has coached at numerous top colleges including Slippery Rock University, the University of Rhode Island, Tulsa, UNLV, Oregon State, Georgia Southern and Southern California. McInerney was the head football at Central Connecticut State University from 2006-2013. He led the Blue Devils to a pair of Northeast Conference titles and was named the NEC Coach of the Year in 2009. In 2014, McInerney became the defensive line and special teams coach for Henderson State. In 2015 he served as the co-Defensive Coordinator. In 2016, McInerney became a Quality Control assistant for the Indiana Hoosiers. In 2018, McInerney was named as the defensive line and special teams coach for the San Antonio Commanders of the Alliance of American Football.