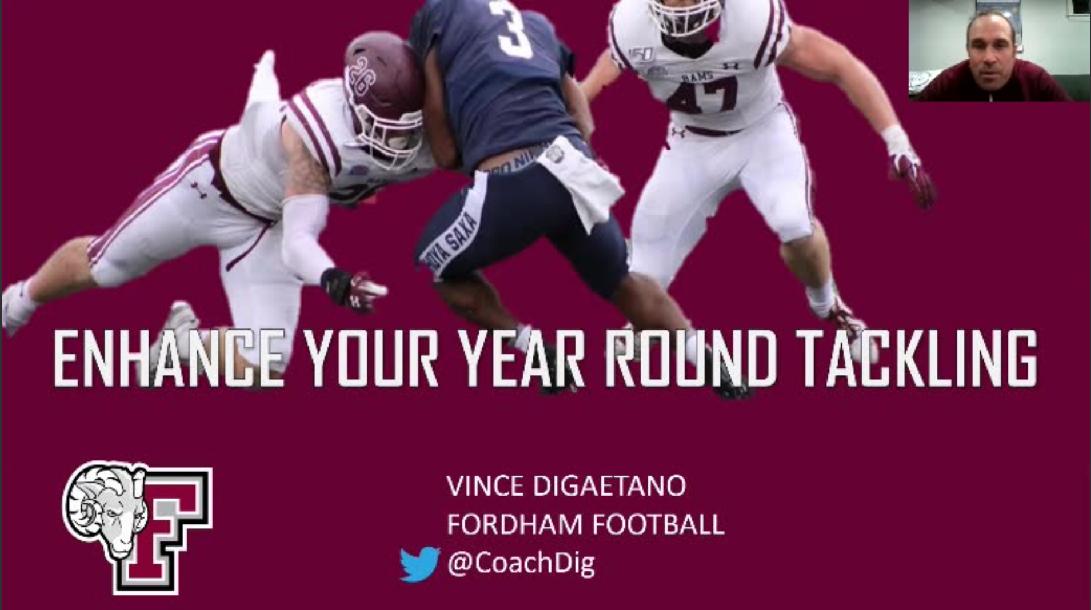 Coach Vince Digaetano reveals a system that helps players develop and enhance their tackling year round. He breaks down the tackling systems and overview as well as type of tackles and drills. You’ll find everything you need to become a power hitter.

Vincent DiGaetano enters his second season as the volunteer special teams quality control assistant coach at Fordham in 2020. Prior to Fordham, DiGaetano served as head coach at New York Maritime. A veteran coach, DiGaetano served for two years at Wagner College where he served as a defensive assistant, having previously worked on the defensive side of the ball for several football programs within the New York City metropolitan area.

DiGaetano spent four seasons as the defensive coordinator at DeWitt Clinton High School in the Bronx, where he coached two future NFL players. In 2014, Coach DiGaetano was a finalist for the AFCA Assistant Coach of the year in Division III. He also served as Defensive Coordinator of the USA Select Team for the 2015 International Bowl which defeated the IFAF World Team. DiGaetano was named to the USA Football Master Trainer program and is the only college coach in the nation with this assignment. Recognized as a subject matter expert in the area of tackling.