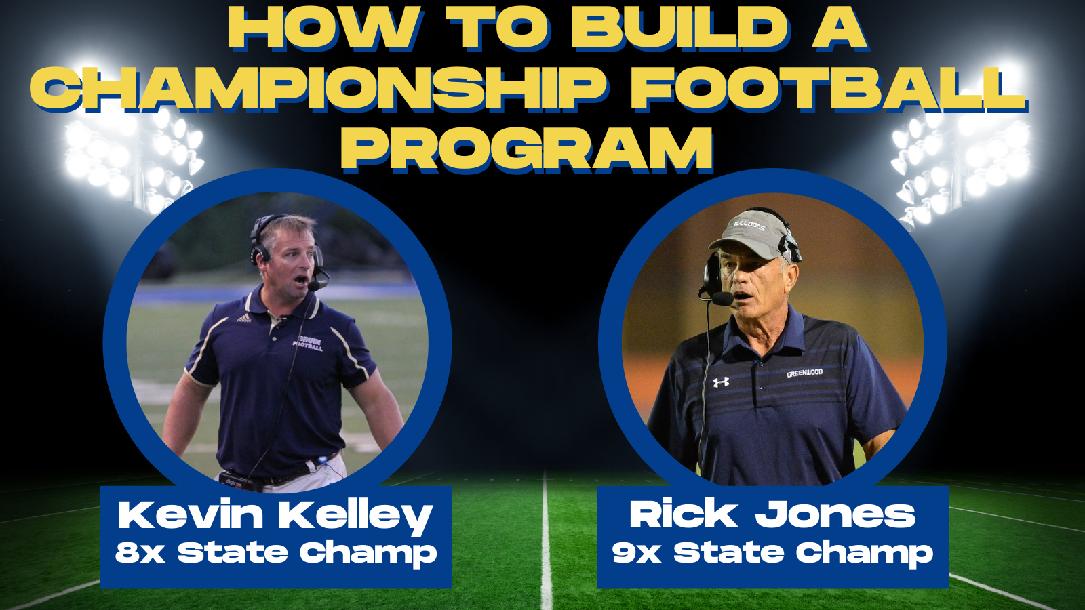 18 State Championships between these two Arkansas High School football coaches (kelley has 9 as well as the banner is wrong)! Over 50 years of coaching experience! These two have been successful for so long and do many things very differently within their programs! There are SO MANY different ways to win! In this video series, Coach Jones and Coach Kelley go back and forth about how they deal with a multitude of issues on building their programs. Come and take a deep dive into what makes these programs sustainable over such a long period of time!

18 years as head coach with a total record of 216-29-1. Before becoming head coach at Pulaski Academy HS, the team had never been past the semifinals and had only been there twice.  Since then, the school has been to 15 semifinals, 12 championship games, and won 9 state championships.  He was has been named USA Today National Coach of the Year, coached in the Under Armour All America Game, appeared in multiple television stories including HBO Real Sports, and a 30 for 30 Short.  There will be a series of released videos of the entire program on CoachTube.