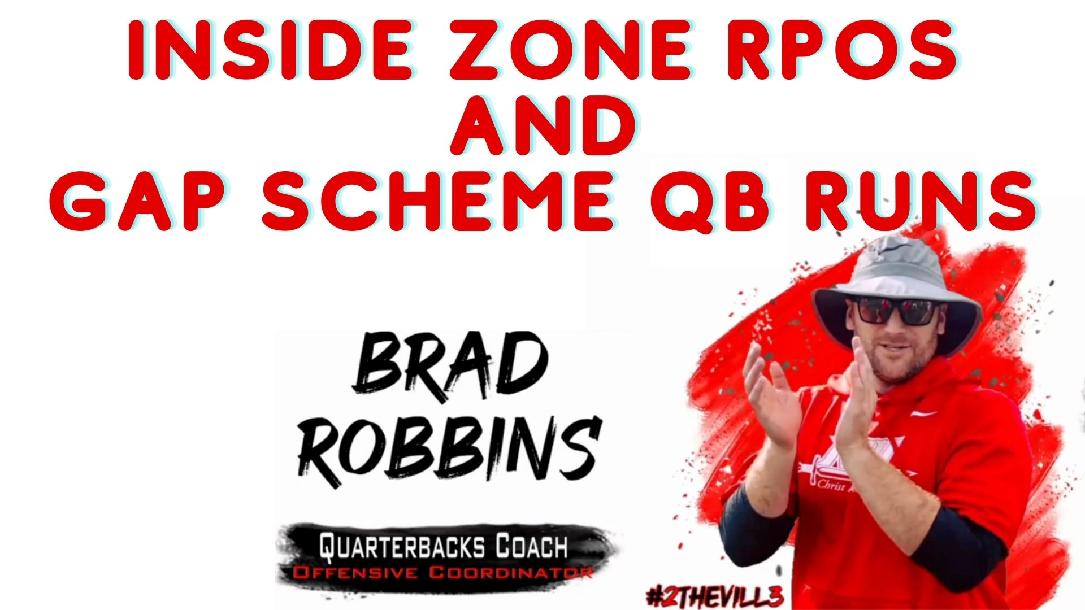 In this course, Coach Brad Robbins discusses the inside zone RPO and gap scheme QB runs. Coach breaks down gap tags; bash, trash, garbage, and jet. He shows the inside zone with tight end flats and different flat runners plus more!

Simply click the ‘Book This Course’ button at the top right of this page, place your order, and you’ll immediately be logged into the training with full access. Learn how Coach Robbins teaches the inside zone RPO and gap scheme QB runs.

Brad Robbins comes to North Greenville from Charleston Southern University where he spent the 2018 season coaching the team’s wide receivers and was the director of the team’s community services. Robbins will take over the duties of offensive coordinator at North Greenville.

Before Charleston Southern, Robbins had two stints at Virginia Military Institute, once from March 2013 to February 2014. He returned to VMI in February of 2015 and spent two more seasons with the Keydets, coaching the wide receivers, and tight ends, while also serving as the recruiting coordinator.

Brad Robbins’ coaching career began down the road in Charlottesville, Virginia at the University of Virginia. He started with the Cavaliers before the 2010 season as the assistant recruiting coordinator, helping the program reel in a top-25 recruiting class according to rivals.com.