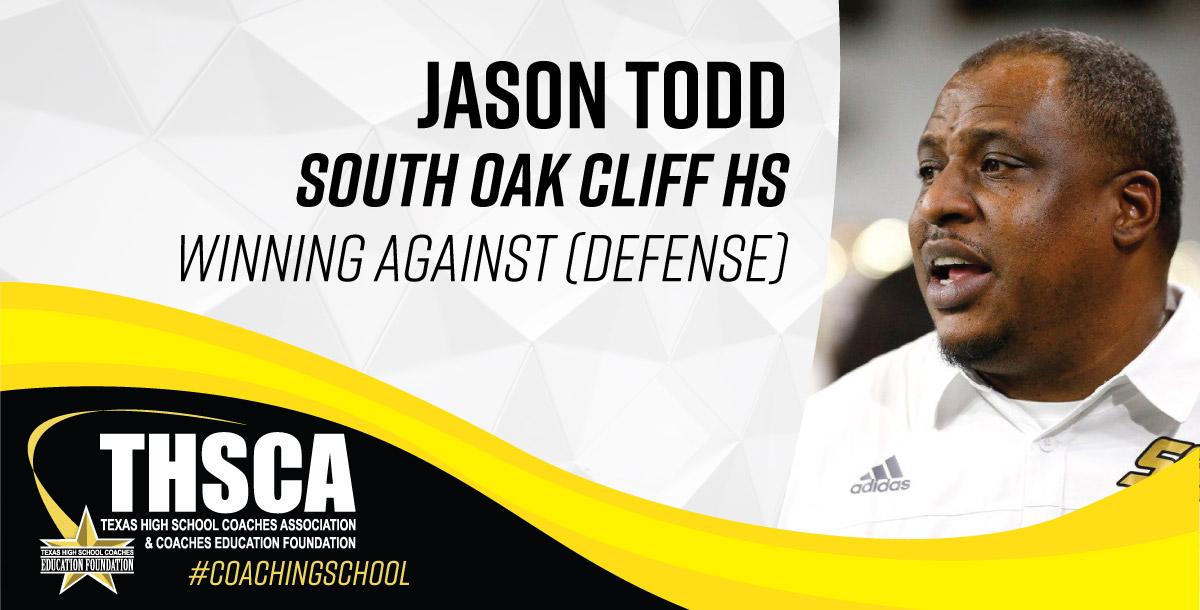 In Spring 2015, Jason Todd was named Head Football Coach and Assistant Athletic Director of South Oak Cliff High School in Dallas, TX. Since taking over the football program at South Oak Cliff High School, Jason Todd has had an impeccable district record of 39-1 over the past 7 years. Todd’s overall coaching record is 70-18. Coach Todd most recently achieved the most sought-after accomplishment. He led SOC to the Texas 5A Division II State Championship December 18, 2021. SOC beat Liberty Hill 23-14 for their first state title in school history. With this win, SOC became the first Dallas ISD school to win a state championship in football in 58 years.  Coach Todd’s coaching career began at Dallas Lincoln and was instrumental in leading the team to an appearance in the state championship game. Todd eventually moved on and served nine years as an assistant coach at Skyline High School. During his time at Skyline High School, Todd built a national football powerhouse of athletes as the Defensive Coordinator. Under his leadership, more than 25 linebackers received scholarships.  As a product of Dallas Independent School District and a proud graduate of Lincoln High School, Todd strives to build a national football powerhouse in Dallas ISD, while mentoring and developing student-athletes to becoming productive young men and positive contributors to society.