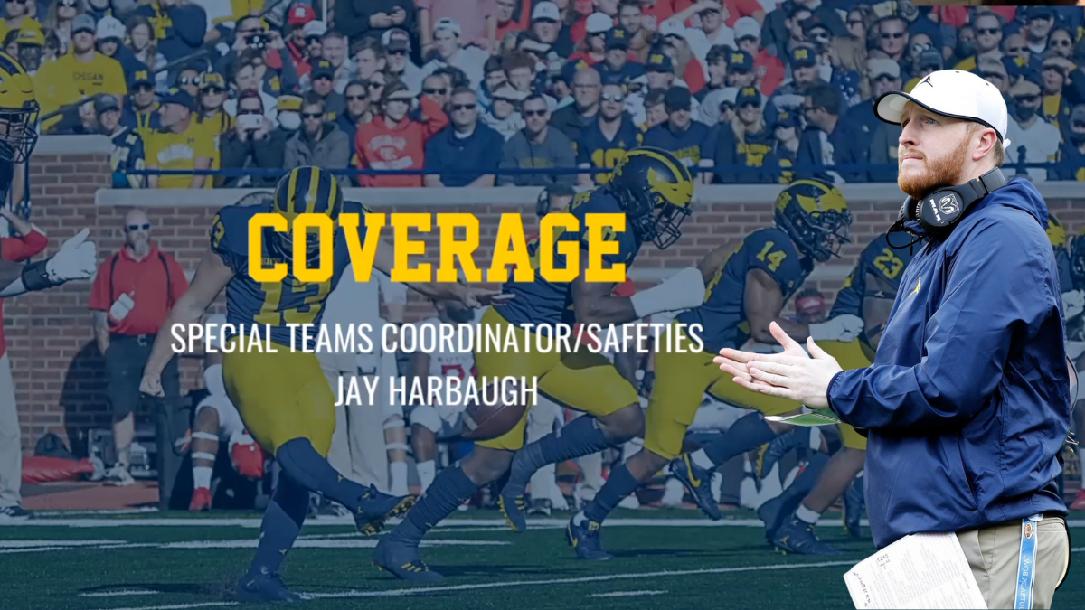 In this course he begins by helping you understand the personnel you have availble as well as how you need to think about what the opponent will do.  He then focuses on the 6 key components of the return game.

If you are looking to level up your return teams, Coach Harbaugh has you covered.

Jay Harbaugh is Michigan's  longest tenured assistant coach, Jay Harbaugh is in his eighth season with the Michigan Football staff in 2022. He is in his third season as the team’s Special Teams Coordinator and is in his first season working with the safeties this fall.

Harbaugh was an assistant special teams coach for four seasons (2015-19) before being named Special Teams Coordinator prior to the 2020 season. Harbaugh has had two stints coaching the tight ends (2015-16, 2021) sandwiched by a period of leading the running back group for four seasons (2017-20). He is working on the defensive side of the ball for the first time this season. Harbaugh was named the Special Teams Coordinator of the Year by FootballScoop.com in 2021.

NEW!
Brian Mason - Ideas for All Phases of Special Teams to Help any Program by Indiana Football Coaches Association
Views: 1641
(1) $19.99